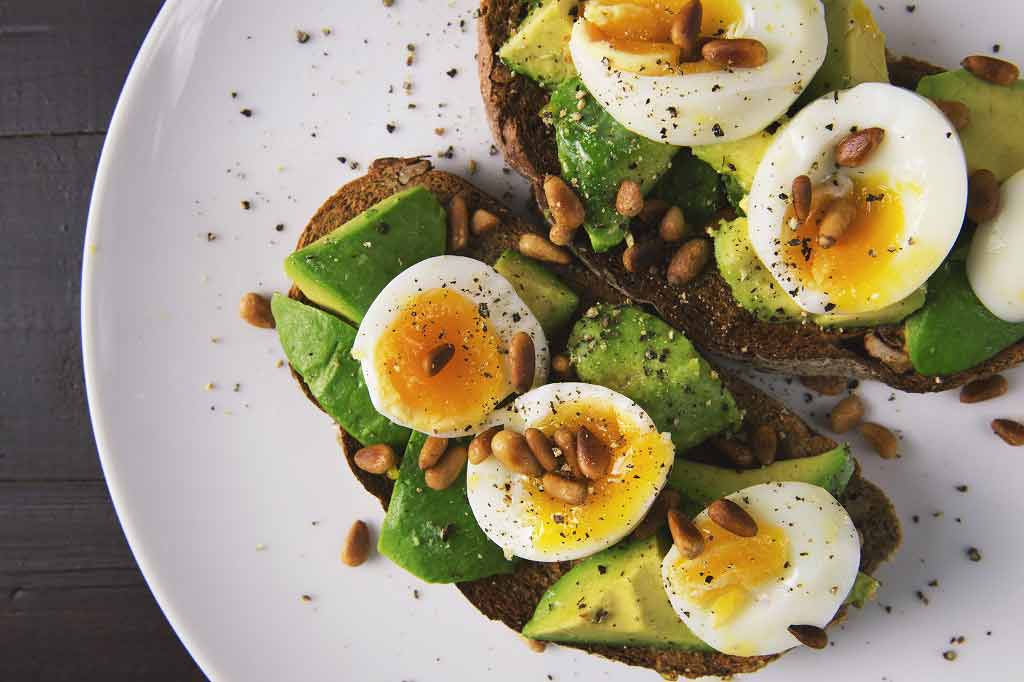 "Fibre is [a] stress beater," states The Sun, while the Mail Online says: "high fibre diets may make you less stressed because your gut affects your brain". Both are reporting on a study that explored whether eating more fibre might help the body to combat stress.

The researchers were particularly interested in the potential role of short-chain fatty acids. These are small molecules produced when the digestive system breaks down high-fibre foods, such as fruits and vegetables. They are known to have a beneficial effect on biological processes such as the metabolism and immune system. So, the researches researchers wanted to see if these effects could also relieve stress.

An important limitation to flag up is that the research was in mice, not people. They did find evidence that mice given supplements to mimic a high-fibre diet did in fact express fewer signs of stress and had a healthier functioning gut. But this is a long way from proving a similar effect in people.

Eating the recommended amount of fibre can bring a range of benefits, such as reducing your risk of diseases, including bowel cancer. But based on the strength of evidence presented in this study, we cannot add stress busting to the list.

Stress is a common health problem experienced by most people at some time in their lives. There are other more obvious ways to deal with stress rather than making changes in diet. Read more advice about tackling stress.

The study was carried out by researchers from University College Cork, and Teagasc Food Research Centre, both in Cork, Ireland. The study was published in the peer-reviewed medical journal The Journal of Physiology.

The study was funded by Science Foundation Ireland and some of the authors received additional funding from food and pharmaceutical companies including Mead Johnson, Cremo, 4D Pharma, Suntory Wellness and Nutricia. There may be a conflict of interest here, given it is within the companies' interests to find reasons to promote food supplements.

The Mail Online focused its report of the study on high-fibre diets possibly reducing "leaky guts" and therefore reducing stress. Leaky gut syndrome refers to a hypothesis that many symptoms and conditions, such as migraine and chronic fatigue syndrome, are caused by the immune system reacting to germs, toxins or other substances that have been absorbed into the bloodstream via a porous ("leaky") bowel. While it's true that some conditions and medications can cause a "leaky" gut, there is currently little evidence to support the theory that a porous bowel is the direct cause of any serious health conditions.

If the lining of the gut becomes more porous, this could lead to bacteria and toxins leaking through and being absorbed into the bloodstream. An additional controversial hypothesis is this "leakage" could lead to inflammation and a range of illnesses, potentially including stress. However, this remains an unproven hypothesis.

The Sun's reporting was more cautious and made no direct reference to leaky gut syndrome.

This was a laboratory study performed on mice. While mouse studies have some advantages, such as being fairly inexpensive, results in mice don't automatically lead to effective treatments in people. This is because the body of a mouse and the body of a person work very differently. Even when researchers find promising leads from a mouse study, much more evaluation is required before whatever is being tested is safe for use in people.

There is a growing recognition that short-chain fatty acids (SCFA), which are mostly made during the breakdown of fibre in the gut by healthy bacteria, play a central role in keeping the metabolism and immune system healthy. It has also previously been demonstrated that stress can cause problems with regulation of the metabolism and the immune system. The researchers therefore wanted to find out if providing SCFA supplements could help relieve stress, by keeping the gut healthy and boosting metabolism and immunity.

The researchers took 40 male mice, and gave some of them supplements containing SCFA in their drinking water. After 1 week of receiving the SCFA supplement, the mice were exposed to a series of tests designed to induce stress for 3 weeks.

The researchers then assessed blood levels of the hormone corticosterone (which is known to rise in response to stress in mice and people), the amount of SCFAs in their faeces, and the quantities of healthy microbes in the gut.

The researchers then looked to see if the mice experienced changes in the amount of healthy microbes in the gut, and alternatively whether the mice that had taken the SCFA supplement in their water, were less likely to gain stress-induced weight – a sign they were more able to cope with stress, and also therefore less likely to gain stress-induced weight.

Animals, including humans, have a tendency to seek short-term pleasure (such as comfort eating) when feeling stressed.

This study found that:

The researchers state that "these results present novel insights into mechanisms underpinning the influence of the gut microbiota on brain homeostasis, behaviour and host metabolism, informing the development of microbiota-targeted therapies for stress-related disorders".

This is an interesting study that seems to demonstrate a link between SCFAs and a healthier functioning gut. However, there are several limitations that are noted below to consider.

First and foremost, this study was performed in mice, meaning it is not possible to apply these results directly to people without further testing.

It is very difficult to measure anxiety and depression in mice, given they can't speak or express their feelings.

Most people do not eat enough fibre, so eating the recommended amount is a good idea. But there is no guarantee that doing so will lower your stress levels.

There are also many other, more obvious things you can do to manage stress, such as: