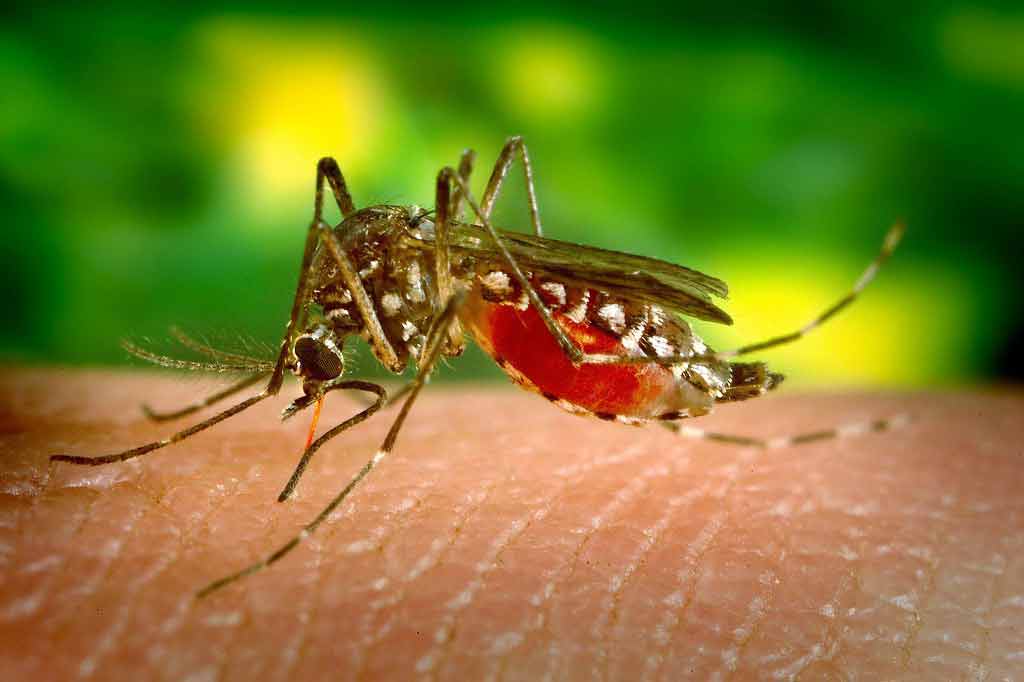 "Scientists have developed an 'early warning system' to alert authorities to the risk of dengue fever outbreaks in Brazil during the World Cup," BBC News reports. England fans planning to travel to Brazil are being warned about…

"Scientists have developed an 'early warning system' to alert authorities to the risk of dengue fever outbreaks in Brazil during the World Cup," BBC News reports.

England fans planning to travel to Brazil are being warned about the risk of dengue fever after Brazilian researchers have developed a statistical model based on known risk factors for the condition. The model is designed to assess the risk of dengue infection in the main host cities in Brazil.

Dengue fever is a viral infection passed onto humans through a bite from an infected mosquito. In most cases it causes flu-like symptoms such as fever, headaches and muscle pain. However, in rarer cases it can progress to a severe condition called dengue haemorrhagic fever, which can be fatal.

One prediction that England fans may want to pay attention to is that the city of Recife has been designated as high risk for dengue (greater than 300 cases per 100,000 inhabitants). If England come top of their group, they will play in the city on June 29.

You can avoid contracting dengue and other mosquito-borne infections such as malaria and yellow fever by using insect repellent and sleeping under a mosquito net.

The study was carried out by researchers from Institut Català de Ciències del Clima, Spain and other global institutions, and was published in The Lancet.

It was published in the peer-reviewed medical journal, The Lancet Infectious Diseases.

BBC News' reporting of the study was accurate.

This was a modelling study that, using incidence rates for June 2000-13, aimed to forecast the risk for dengue fever during the Brazil World Cup in June to July this year. The researchers aimed to identify "trigger alert" thresholds for medium to high risk.

Dengue fever is a viral disease that is passed onto humans by a bite from an infected mosquito. It can cause symptoms of high temperature, headache, and aches and pains in the body, though many people infected with dengue can be asymptomatic.

The main risk is that it can progress to a severe illness called dengue haemorrhagic fever, where the person can get severe abdominal pain, vomiting, breathing problems, and the small blood vessels in the body start to leak fluid. This can lead to failure of the heart and blood circulation, and death.

The Lancet paper reports that 5% of people with dengue have more severe illness and 1% have a life-threatening infection.

There is no specific treatment for dengue fever. Treatment centres on supportive care to help the person recover, including treatment to bring down the fever, control pain and replace fluids, and hopefully prevent the progression of the infection. There is no preventative vaccine.

Outbreaks of dengue fever can occur in tropical regions around Southeast Asia, the Pacific region and the Americas. Outbreaks tend to follow a seasonal pattern, influenced by the effects of climate and rainfall on mosquito numbers and distribution.

This Lancet study reports how with more than one million spectators expected to travel to 12 different cities in Brazil during the football World Cup, the risk of dengue fever is a concern.

The researchers therefore aimed to address the potential for a dengue epidemic during the World Cup using a probabilistic forecast of dengue risk for 553 "micro-regions" in Brazil, with risk level warnings for the 12 cities where matches will be played. Micro-regions were defined as one large city and surrounding municipalities (suburbs).

The researchers used the Notifiable Diseases Information System (SINAN) organised by the Brazilian Ministry of Health to obtain information on confirmed cases of dengue fever, including mild infections and dengue haemorrhagic fever, from 2000-13. These were summarised by month and micro-region.

Using these two sources of information together, the researchers formed a statistical model to allow dengue warnings to be made three months ahead. The model took into account factors such as population density, altitude, precipitation and temperature (averaged over the preceding three months), as well as dengue relative risk lagged by four months.

They looked at past performance of the forecasting system using observed dengue incidence rates for June from 2000-13. They then tried to identify the best trigger alert thresholds for scenarios of medium risk and high risk of dengue.

The forecast for June 2014 showed that there is likely to be a low risk of dengue fever in the host cities Brasília, Cuiabá, Curitiba, Porto Alegre and São Paulo (low risk being defined as fewer than 100 cases per 100,000 inhabitants).

However, there is a possibility of medium risk in Rio de Janeiro, Belo Horizonte, Salvador and Manaus (between 100 and 300 cases per 100,000 inhabitants).

High-risk alerts (greater than 300 cases per 100,000 inhabitants) were predicted for the northeastern cities of Recife, Fortaleza and Natal.

When looking at the reliability of the model for forecasting in previous years, the researchers found that the accuracy varied widely. However, the system was accurate for correctly predicting high-risk areas in all previous years (June 2000–13).

The researchers conclude that, "This timely dengue early warning permits the Ministry of Health and local authorities to implement appropriate, city-specific mitigation and control actions ahead of the World Cup."

However, it is important to remember that this model can give estimates only and the quality of the model relies on the existing dengue dataset.

As the researchers say, this depends on surveillance systems in every geographic area to detect, report, investigate and perform specific laboratory tests to confirm the diagnosis of dengue cases. There could be under-reporting, particularly for mild and moderate infections.

Similarly, in some epidemics there could have been overestimation as a result of increased public and health service awareness. As such, the researchers say that the dataset will contain some errors regarding the exact size and timing of epidemics.

As the researchers say, the susceptibility of spectators attending the World Cup will also vary widely depending on their country of origin, its sociodemographic profile, and the duration of visits to each city. They mention that visitors are not expected to stay in the same city for much longer than two to three weeks.

An epidemic would therefore need to already be in progress among the host population to allow enough time for large numbers of virus-carrying mosquitoes to bite susceptible visitors. In other words, visitors are expected to be at low risk unless there is an epidemic.

The model also cannot make predictions for individual cases or assess what protective behaviours might be suitable for travellers, bearing in mind there is no vaccination or specific treatment for dengue fever.

Nevertheless, the model provides a useful estimation of likely dengue risk levels in different regions of Brazil during the World Cup, and will be valuable for public health authorities.

You can reduce your risk of contracting dengue fever and other mosquito-borne infections by taking some commonsense precautions, such as using insect repellent, wearing light-coloured, loose, long layers of clothing, and sleeping under a  mosquito net.

Read more about reducing the risk of contracting dengue fever.