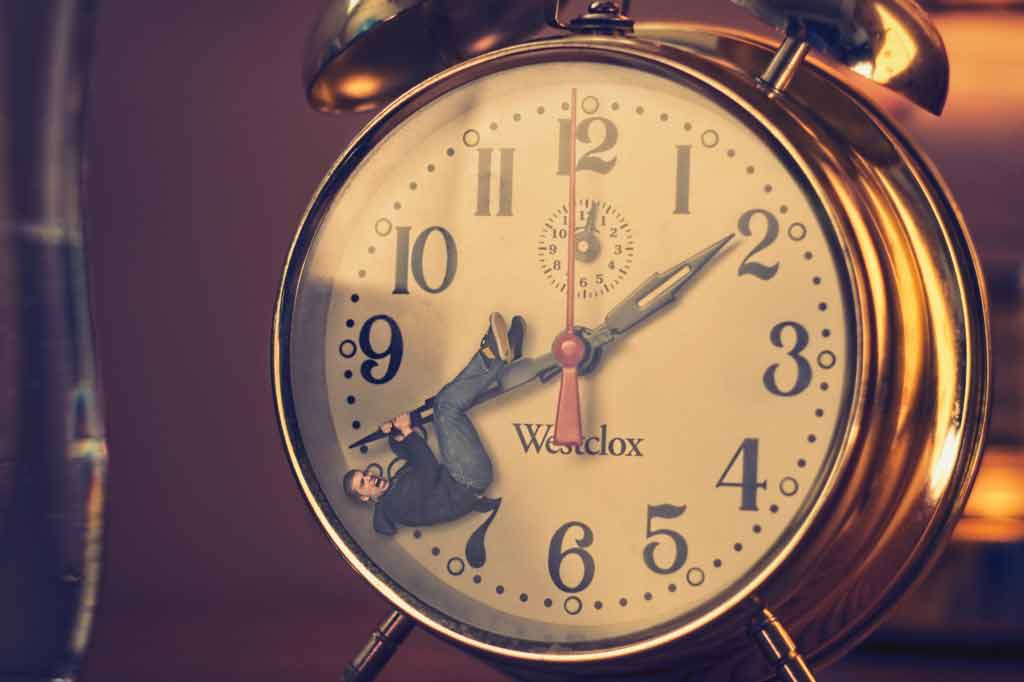 "People who experience disrupted 24-hour cycles of rest and activity are more likely to have mood disorders, lower levels of happiness and greater feelings of loneliness," reports The Guardian.

Researchers wanted to see if disruptions to the 24-hour "body clock" of rest and activity (circadian rhythm) had an impact on mental health.

They used wearable fitness-tracking devices to assess the physical activity of 90,000 people in the UK, and then compared the results with associated questionnaires looking at mood and mental health outcomes.

They found that people who were less active in the daytime and more active at night were more likely to have depression and bipolar disorder, less likely to describe themselves as happy, and more likely to say they were often lonely.

The study is both important and useful because it included so many people, used an objective measure of activity, and was able to take into account potential confounding factors such as age, deprivation and childhood trauma.

But the age group 37 to 73 is much older than the age at which people often experience mental health problems for the first time, usually in the late teens to early 20s.

So this group may not be the best population in which to study whether disrupted circadian rhythm is a cause of poor mental health.

The researchers who carried out the study were from the University of Glasgow, the Royal College of Surgeons of Ireland, and the Karolinska Institute in Sweden.

The study was funded by the Lister Institute of Preventive Medicine and published in the peer-reviewed journal The Lancet Psychiatry.

The study was widely covered in the UK media. Several media reports included comments by one of the researchers, with the Mail Online advising: "Turn your phone off after 10pm to stay happy".

While this may be good general advice for improving sleep, the study didn't tell us whether night-time wakefulness or phone or tablet use was a cause or result of mental health problems.

This cross-sectional study used information from a very large database (the ongoing UK Biobank study of half a million people) to look for connections between one-off measures of 24-hour activity cycles, mental health problems, and self-reported happiness and mood.

While studies like this can spot patterns of connections between factors, they can't tell us whether one factor (such as activity cycles) actually causes another (such as depression).

Researchers used data from 91,105 people in the UK Biobank study who'd worn an activity monitor on their wrists for 7 consecutive days from 2013 to 2015.

Using the activity monitors, the researchers calculated people's day/night activity levels – a measure that shows the ratio between someone's activity during their 10 most active hours and their 5 least active hours.

People were divided into 5 groups, ranging from those with the highest levels of daytime activity and night-time rest, to those who were inactive during the day and had disrupted night-time sleep.

After adjusting their figures to take account of potential confounding factors, the researchers looked at how likely people in the different groups were to:

People who were less active in the day and more active at night were slightly more likely to have had depression or bipolar disorder in their lifetime.

Each move downwards on the 5-group scale based on day/night activity levels:

They said the findings were "consistent with suggestions that disruption of circadian rhythms is a core feature of mood disorders".

They also said the findings "cannot speak to the issue of causal associations" because of its cross-sectional nature, and that future work following up participants is needed.

This study adds to the evidence that good sleep at night and activity during the day is linked to better mental health.

It's also possible that both sleep cycles and mood disorders are caused by another underlying factor we don't know about yet.

Measurements were only taken once, so we don't know whether people's activity levels or moods changed over time.

The age group in the study is 37 to 73 and so skewed towards middle-aged and older people, who may be less likely to experience mental health problems for the first time.

And it didn't take into account other illnesses, many of which can interfere with sleep, such as arthritis and heart disease.

In practical terms, however, it seems sensible to improve our chances of sleeping at night and being active during the day.

Sleep hygiene – such as turning off screens before bedtime and ensuring the bedroom is quiet, dark and cool – can help.

Ensuring you get plenty of physical activity during the day is also important and can help sleep.

This study raises more questions about how healthy it is to work night-time or irregular hours, and the 24-hour nature of modern life.

Find out more about how to improve your chances of sleeping well at night.