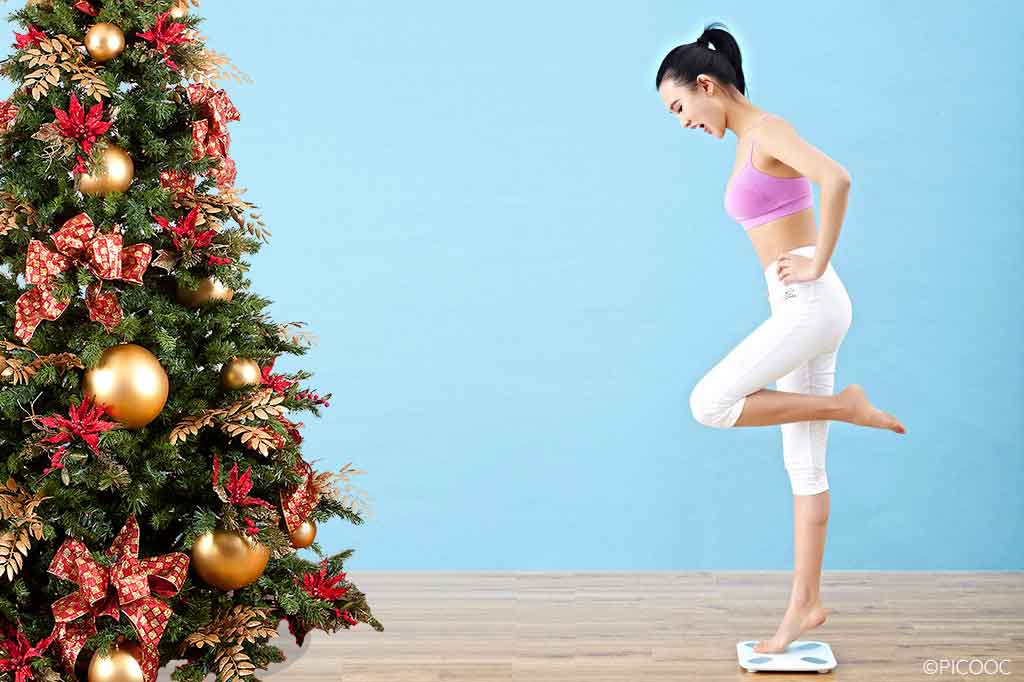 "Regular weighing at home and simple tips to curb excess eating and drinking can prevent people from piling on the pounds at Christmas," reports ITV News. Researchers say most people put on ...

"Regular weighing at home and simple tips to curb excess eating and drinking can prevent people from piling on the pounds at Christmas," reports ITV News.

Researchers say most people put on a small amount of weight each year, and that much of this weight gain happens over the Christmas holiday period.

The British Dietary Association says some people may consume around 6,000 calories on Christmas Day alone, 3 times the recommended daily amount.

Because the weight tends not to be lost after Christmas, over time it could contribute towards the obesity epidemic.

In this trial, researchers offered weight-control tips to 136 people, along with advice to weigh themselves every day and information about how much physical exercise is needed to use up the equivalent calories of traditional Christmas food (for example, 21 minutes of running for 1 mince pie).

Another 136 people were given a healthy living leaflet, without dietary advice. Everyone was weighed before and after the study.

After Christmas, people who'd been given weight-control advice had lost on average 0.13kg, while the leaflet group gained an average 0.37kg.

After taking other factors into consideration, that amounted to a 0.49kg difference in weight change.

While Christmas is a traditional time for indulgence and feasting, the study shows it's possible to restrict weight gain, and even lose some excess weight, with a few simple tips.

Find out more about healthy eating

The researchers who carried out the study were from the University of Birmingham and Loughborough University.

The study was funded by the University of Birmingham and published in the peer-reviewed British Medical Journal on an open access basis, so it's free to read online.

The study received wide coverage. Some reports, such as that in the Sun, oversimplified the study and only included information about the activity-equivalents of Christmas foods.

Others, such as the Mail Online, said the people in the control group were "told to carry on as normal", when they were actually given a healthy living leaflet.

There was also some confusion about the effect of telling people the activity-equivalent of foods.

The Sun said this encouraged people to exercise more, whereas it was more likely to encourage people to think twice before eating more food.

This was a randomised controlled trial, which is a good way to compare 2 interventions to see which works best.

The authors describe it as a double-blind trial, but the usual definition of blinding is that 2 groups are given interventions that seem identical (such as a real pill and a dummy pill).

In this case, people clearly knew whether they were given dietary advice and tips or a leaflet.

The researchers considered participants to be unaware as they didn't tell them the aim of the study, but this is an unusual interpretation of a double-blind study.

Researchers recruited people via schools (parents, not children), workplaces and on social media in Birmingham.

Adults with a body mass index (BMI) of at least 20 (meaning they weren't underweight) were weighed in November or December, before Christmas.

Half were randomly assigned to receive brief lifestyle advice, including 10 tips on managing weight at Christmas.

Participants in this group were also advised to weigh themselves ideally every day, but at least twice a week, and were given information on the activity-equivalent of foods commonly eaten at Christmas. The other half were instead given a leaflet on healthy lifestyles.

In January or February, people were weighed again. Researchers looked to see which group had lost or gained most weight since the baseline, adjusting the figures to take account of people's starting weight and whether they'd taken part in commercial weight loss programmes.

The researchers also looked at people's chances of gaining 0.5kg or less, how often people said they weighed themselves, their percentage body fat, and answers to questions about eating habits and thoughts.

People in the weight-control intervention group lost on average 0.13kg – a small amount, but important given that most people put on weight at Christmas.

Those who received the leaflet (the control group) gained an average of 0.37kg.

People who had the weight control advice were more likely to report thinking about how much they ate and restricting their eating than those in the control group, and to weigh themselves more often.

There were no differences in percentage body fat between the groups.

The researchers said their study showed that "low-intensity interventions targeting high-risk periods [for weight gain] such as Christmas could be an important contributor to obesity prevention efforts in the population".

This study provides hope that targeting people with advice about weight control at Christmas can help them avoid piling on excess weight that's hard to shift afterwards.

Given that much annual weight gain happens during festive periods, this could potentially have an impact on people's chances of becoming overweight or obese – or at least affect their chances of reaching healthy weight targets.

There are limits to what we know from the study, however. Most of the people who took part were women (78%) and white (78%), and most were either a healthy weight or overweight (but not obese).

So we don't know whether the intervention would have the same effect on other groups of people.

People spent an average of 45 days (a month and a half) in the study, between first weighing and final weighing.

This covered the critical Christmas period, but it would have been useful if there'd been a longer follow-up to see whether people who'd resisted weight gain at Christmas managed to do so in the longer term.

It might sound unfestive to ask people to think about their weight at a time when so much focus is on family get-togethers and feasting.

But the excess calories we eat at Christmas tend to stay with us, and it's much easier to prevent weight gain than to get rid of the excess weight afterwards.

If that means eating 1 fewer mince pie (or going for a run afterwards), it might not be too much to ask.