Eating a Mediterranean diet 'may lower your risk of depression' 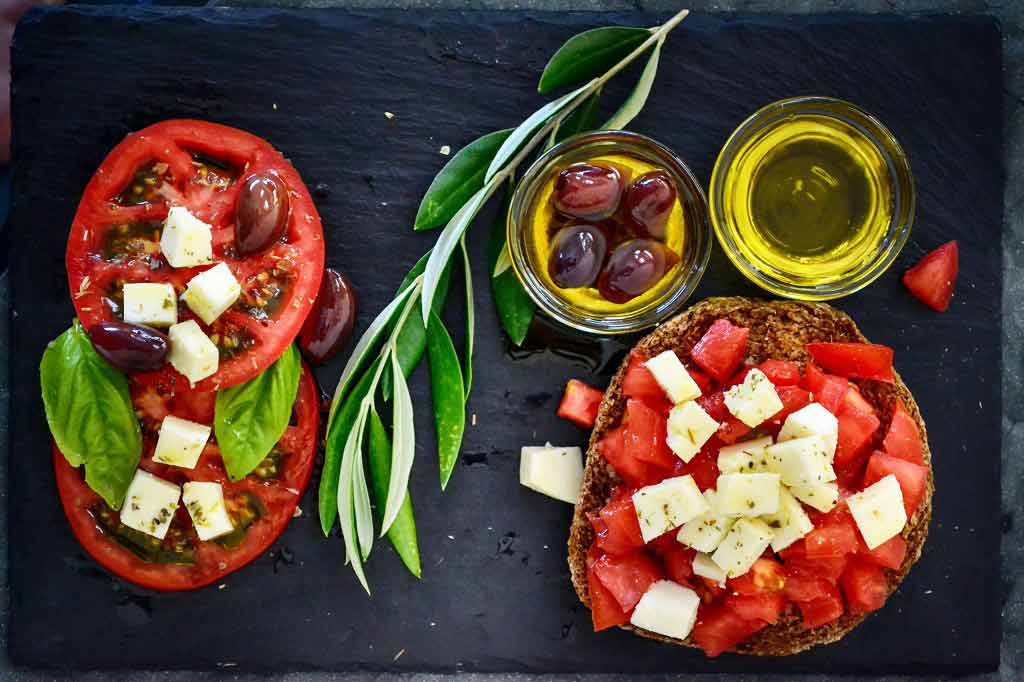 The headline was prompted by a new review of previously conducted studies into the impact of diet on depression. A main finding of the review was that there seemed to be a strong association between eating a Mediterranean-style diet and a reduced risk of developing symptoms of depression or being diagnosed with clinical depression.

There are no strict criteria as to what constitutes a Mediterranean diet, but it normally refers to a diet that includes plenty of vegetables, fruit, pulses and olive oil, but little red or processed meat. Such a diet has long been recognised as being good for heart health, so it could also be the case that what is "good for the body is also good for the mind".

But there are limitations to the review that mean we can't be sure diet actually protects against depression.

People may be less likely to prepare and eat healthy meals when they are feeling depressed, so the study could just show that people prone to depression have less healthy diets. Also, people who eat healthy diets tend to have generally healthier lifestyles, including taking more exercise, which is thought to protect against depression. While some of the studies included in this review took account of this, others did not.

Although we should be cautious about the study findings, they represent another potential reason to adopt a Mediterranean diet. We already know the diet is good for our hearts – adopting a healthy diet and lifestyle may well be good for our mood, too.

Read more advice about how to make your diet more Mediterranean.

The research was funded by the Medical Research Council, Nordforsk and the Academy of Finland. It was published in the peer-reviewed journal Molecular Psychiatry.

The study was widely reported in the UK media. Most reports were fairly uncritical, with headlines such as The Daily Telegraph's "Mediterranean diet cuts depression risk by reducing inflammation, major new study finds." The suggestion that inflammation increases depression risk is reported as fact when the association between inflammation and depression is a fairly recent hypothesis, described by one expert in metabolic medicine as "highly tenuous".

The Guardian also suggested that "Eating junk food raises risk of depression". But the review did not look at the impact of unhealthy foods on mental health.

BBC News provided a good, balanced overview of the study, which included an analysis of other factors that might have influenced the results.

This was a systematic review and meta-analysis that pooled the findings of observational studies that had looked at links between diet and depression.

Systematic reviews are a good way of assessing the evidence on a topic. While observational studies can show links between factors, they cannot show that one (such as diet) directly causes another (such as depression).

Researchers looked for studies that assessed people's diet, and also their mental health. In most cases people filled out food frequency questionnaires, which provide information about their recent diet.

The questionnaires were assessed against a variety of "healthy eating" measures, including how closely they resembled:

Most of the studies assessed people's depression by asking about depression symptoms, although a few studies defined depression as clinical depression diagnosed by a doctor.

A total of 41 studies were identified, 20 were longitudinal studies, which assess diet and then follow people up to see if they get depression symptoms over a period of years.

The other 21 were cross sectional studies, which assess people's diet and whether they had depression symptoms at one point in time.

The researchers presented the results of these types of studies separately. Cross-sectional studies are more likely to be inaccurate.

Because of this, we have only reported the longitudinal results here.

Longitudinal studies that exclude people with depression at the start should provide more reliable results, though there is still the potential that other confounding factors may be influencing the results.

Most but not all of the studies adjusted figures to take account of the following factors:

The Mediterranean diet had the strongest link to a protective effect against depression symptoms, although there were also signs that people eating a healthy diet based on the healthy eating index or an anti-inflammatory diet were less likely to get depression.

Based on 3 studies including 45,533 people, there was suggestion that those who stuck closest to a Healthy Eating Index diet may be less likely to get depression symptoms. But this result fell just short of statistical significance so may have come about by chance (OR 0.76, 95% CI 0.57 to 1.02).

Studies looking at the diet aimed at reducing high blood pressure had conflicting results and did not show an overall effect.

The researchers said their "exhaustive overview" of the evidence showed a "robust association between both higher adherence to a Mediterranean diet and lower adherence to a pro-inflammatory diet, and a lower risk of depression."

Depression is a complex condition, with many and varied causes or influencing factors. These may include hereditary, health-related, personal and social factors. It is often difficult to pin down an exact cause.

While any insight into diet or lifestyle factors that might improve mental wellbeing and help reduce the numbers of people affected by the condition is welcome, it's important to recognise the limitations of this research.

Having a healthy lifestyle, which includes not smoking, plenty of physical activity and drinking alcohol only in moderation, is linked to a reduction in depression. But that doesn't mean people get depressed because they have a less healthy lifestyle. It's very hard to stick to a healthy lifestyle if you are struggling with symptoms of depression. It can be hard to shop, prepare and eat healthy meals while depressed, similarly you may feel less motivated to socialise and take exercise.

Clearly, it's a good thing to eat a healthy diet, whether that's for your physical or mental health. But it's also important not to make people with depression feel that it's their own fault for not eating more vegetables.

Read more advice about what you can do to help relieve feelings of low mood and depression.