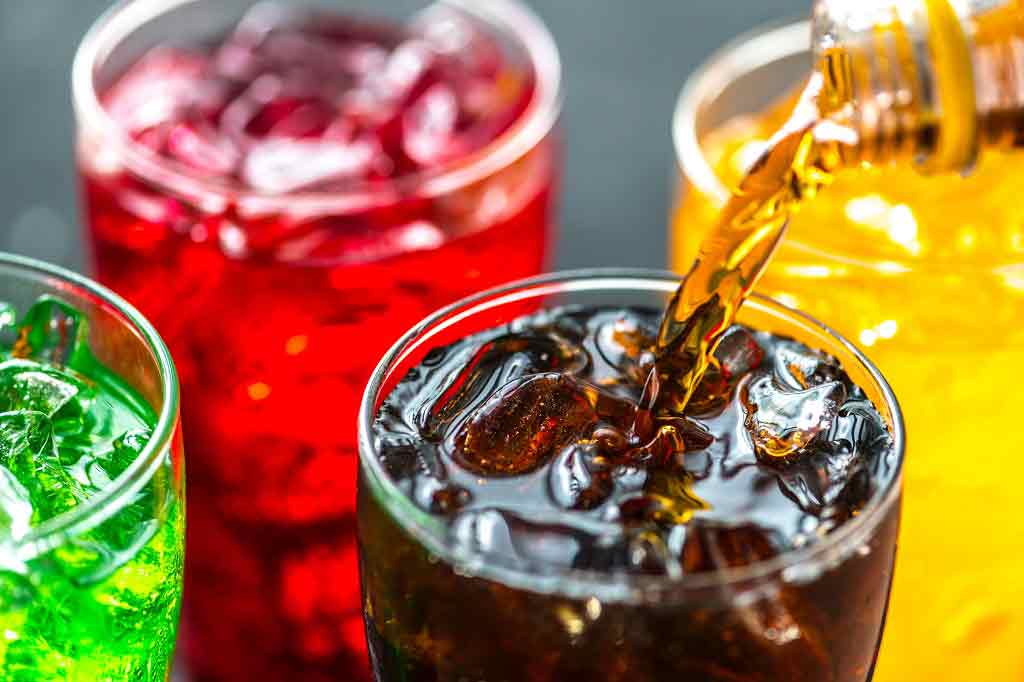 "Drinking just one sugary drink a day raises your risk of dying from heart disease and even cancer, research suggests," the Mail Online reports.

This headline is prompted by new research looking at the intake of sugary and artificially sweetened drinks in 2 large groups of health professionals in the US over a period of 28 years for men and 34 years for women.

While it is well known that too much sugar is bad for your health, the link was not quite as strong for artificial sweeteners.

One of the limitations of the study is that it relied on participants keeping an accurate record of their sugary drink intake. A second is that due to the design of the study, it doesn't prove definitively that sugary drinks are bad for your health.

The study was carried out by researchers from Harvard T.H. Chan School of Public Health, Huazhong University of Science and Technology in China and the University of Calgary in Canada. The study was funded by several research grants from the US National Institutes of Health. The study was published in the peer-reviewed medical journal, Circulation.

Several researchers reported that they have previously been involved in providing advice to people seeking legal action against manufacturers of sugar-sweetened beverages.

In general the UK media reported the results accurately, but failed to mention the limitations of this type of study, the main one being that it is unable to prove cause and effect.

Also many of the headline writers singled out Coca-Cola as being the "main culprit" in terms of adverse health outcomes. In fact, the definition of sugar-sweetened beverages included a wide range of products, not just cola.

Cohort studies take large groups of people and follow them up over time, taking measurements of people's lifestyle behaviours such as diet and medical history, and observe what happens to people's health across the observation period.

Prospective cohort studies can suggest associations between factors (such as sugary drinks and disease) but they can't prove definitively that one thing causes another.

The people in both cohorts were posted questionnaires every 2 years to assess lifestyle factors and their health status. Dietary intake was also collected using these questionnaires, which people filled in themselves every 4 years.

They excluded people who already had diabetes, cardiovascular disease or cancer at baseline, and those who left too much information blank in the questionnaires, especially relating to the amount of sugary drinks they consumed.

In the food frequency questionnaires, people were asked how often, on average, they consumed a standard portion of foods and drinks, equivalent to 1 standard glass, bottle or can, using 9 possible responses ranging from "never or less than once per month" to "6 or more times per day".

Sugary drinks were defined as:

Fruit juice was not considered a sugar-sweetened beverage.

Artificially sugar-sweetened drinks were defined as:

To determine whether people died or not during the study, the researchers accessed state vital statistic records and the National Death Index, or took reports from family members. Cause of death was decided by a doctor who reviewed the participant's medical records.

The researchers then used statistical analysis to determine associations between the consumption of sugary drinks, artificially sweetened drinks and death overall, as well as death from cancer and cardiovascular disease. The researchers also considered the confounders they thought might affect their analysis, such as:

There were a total of 36,436 deaths during this study, 7,896 from cardiovascular disease and 12,380 from cancer. After taking into account diet and lifestyle factors, consumption of sugar-sweetened drinks was associated with a higher risk of death from any cause.

Compared to less than 1 drink a month, drinking:

Artificial sugary drinks were not associated with death from cancer in either cohort.

The researchers state that consumption of sugary drinks was associated with death, primarily death from cardiovascular disease. Also, the more sugary drinks you have, the higher the risk of death. The health risks of artificial sugary drinks seen in women requires further confirmation.

This study adds to the current body of research on the negative effect of sugary drinks on health. The results of this study therefore do support current recommendations to limit your intake of sugary drinks and consume artificial-sugar-sweetened drinks in moderation.

However, there are a number of limitations to consider.

The questionnaires were completed every 4 years, making it very difficult for each participant to accurately record exactly what they ate and drank over this period of time.

Although this study takes into account some food items in the analysis, it's not possible to get a clear picture of poor diet, and how much this may have affected death from cardiovascular disease or cancer.

There are many other factors that can influence cardiovascular and cancer risk that are not possible to account for in this study, such as genetics and stress.

The people in this study were also mainly white, which also limits the applicability of the findings, as different ethnicities are known to react differently to diets high in sugars.

These limitations aside, there is a robust body of existing evidence that shows that regular consumption of sugary drinks can increase the risk of a range of health conditions, from tooth decay, to diabetes, to heart attacks and stroke.

Read more advice about the healthiest ways to keep yourself hydrated on a day-to-day basis.