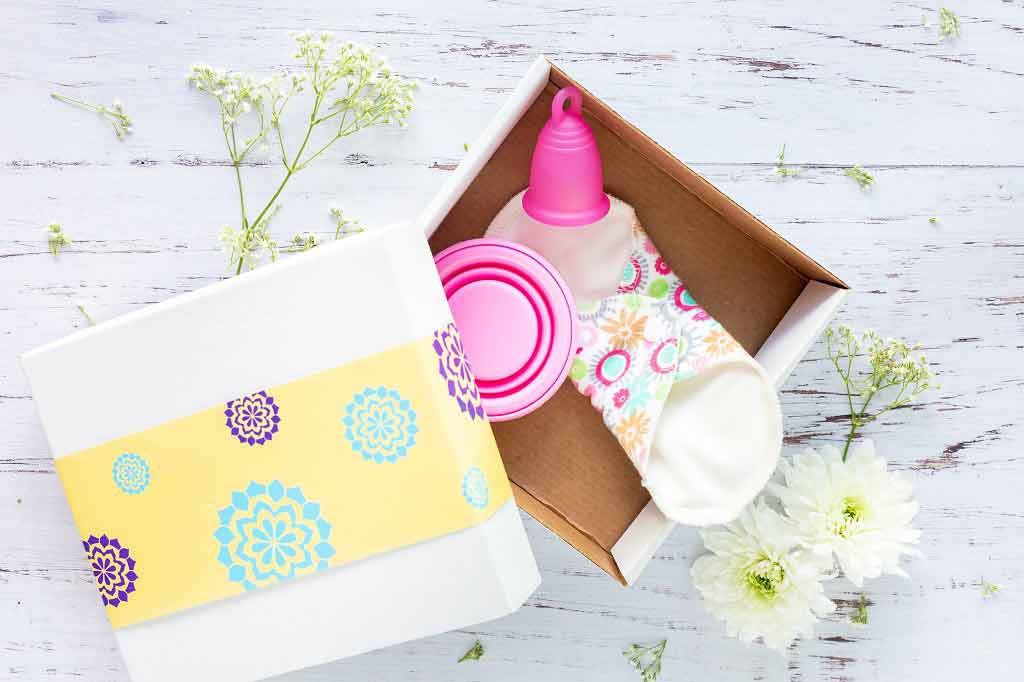 Menstrual cups are bell-shaped, made from medical-grade silicone and inserted into the vagina. Instead of absorbing blood like single-use pads or tampons, they collect blood, which is emptied, and the cup is washed and re-used.

Menstrual caps are reportedly becoming increasingly popular in the UK. This is possibly due to a combination of environmental and economic reasons as some types of cups have up to a 10-year "lifespan" before they have to be replaced.

The BBC reports on the first major review of research into the use of menstrual cups. The review found they work about as well as conventional sanitary pads or tampons for managing blood flow. Researchers looked at 43 studies worldwide to assess their effectiveness, safety and acceptability to girls and women.

They found women needed time and support to adjust to using menstrual cups, but that they were practical even in areas where sanitation and privacy were difficult, such as refugee camps. Across 15 studies, around 73% of women or girls said they wanted to continue using them after the study was over.

The review found some reports of adverse effects, including 5 cases of toxic shock syndrome and 9 of urinary tract problems. Some women found them difficult to insert or remove, or reported pain while using cups. There were 13 reports linking them to dislodged intrauterine contraceptive devices (coils). However, overall the review reported no increased infection risk compared with other sanitary items such as tampons.

Find out more about periods and different methods of management.

The researchers who carried out the study came from the Liverpool School of Tropical Medicine, University College London and the Edinburgh Royal Infirmary in the UK, the Tata Institute of Social Sciences and Bill and Melina Gates Foundation in India, and the Kenya Medical Research Institute in Kenya. The study was funded by the UK Medical Research Council, Department for International Development and Wellcome Trust.

It was published in the peer-reviewed medical journal Lancet Public Health on an open-access basis so it is free to read online.

The study was well-reported by BBC News and The Independent. BBC News included a useful section on how to use a menstrual cup.

This was a systematic review and meta-analysis of published studies that looked at menstrual cup use, acceptability, leakage and safety. Systematic reviews are a good way of summarising the state of knowledge on a topic at any one time. However, reviews are only as good as the research that they summarise, and in this case the reviewers pointed to a lack of good-quality research published so far.

The study team searched the scientific literature for studies published in English about women's experience of using menstrual cups. They also looked at a database of product safety reports published by the US Food and Drug Administration.

Studies could be quantitative (number based) or qualitative (based on women's descriptions of their experiences) and included individual case studies as well as group studies.

The review found 7 studies that asked users about leakage, although this was defined in different ways. Results ranged from 3% to 31% of women reporting occasional leakage over 3 cycles. Four of the studies (293 women) directly compared cups to tampons or the user's usual form of sanitary protection. In 3 studies, the products performed similarly for leakage, while in 1 study the cup was better.

The review found 5 reports of severe pain, 6 reports of allergies or rashes, 9 urinary tract problems, 5 toxic shock reports and 13 reports of dislodgement of contraceptive coils. It's very hard to say from these reports what proportion of women using cups may experience such side effects, or how they compare with other menstrual products. However, overall the review reported they found no evidence for increased infection risk compared with other menstrual products.

Researchers estimated that using a menstrual cup consistently for 10 years would cost 5% of the amount spent on pads (assuming 12 pads per month) and would use only 0.4% of the plastic waste produced by pads.

Similarly the use of a menstrual cup over the same time period would cost 7% of the amount spent on tampons and would use only 7% of the plastic waste produced by tampons.

The researchers said their review "suggests that menstrual cups can be an acceptable and safe option for menstrual hygiene in high-income, low-income and middle-income countries but are not well known".

The study suggests that – from what we know so far – menstrual cups are likely to be a safe and effective method of managing blood flow during periods. There is too little evidence to be sure how they compare to pads or tampons, but they are an alternative for those who wish to try them.

The study summarises the state of research on menstrual cups so far, but as the researchers themselves say, there is not a great deal of published research and they found much of it to be of poor quality. The studies have varied widely in their:

These factors always make it difficult to try to pool the evidence and give over-arching answers that could be generalised to all.

Managing periods is an important part of wellbeing for girls and women worldwide.

There have been reports of girls missing school because of difficulty affording sanitary products, both in the UK and in lower-income countries. Provision of a reusable sanitary product, such as menstrual cups, could possibly go a long way in alleviating this problem.

Heavy or painful periods can make life difficult, but help is often available. Talk to your GP if you have problems managing your periods.