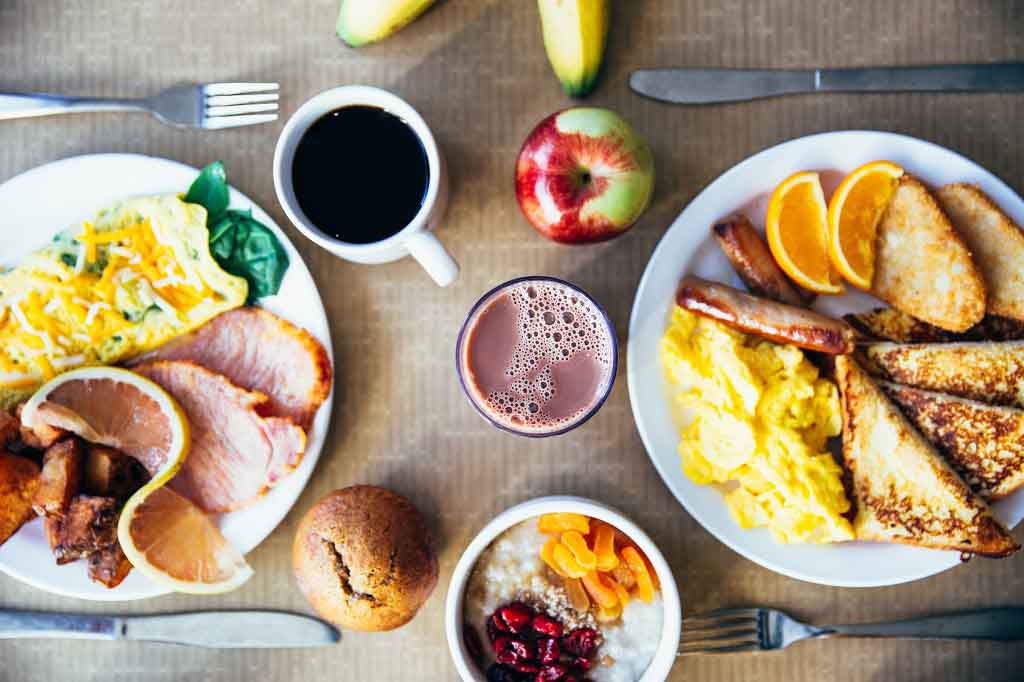 'Skipping breakfast may raise risk of heart disease by up to 87 per cent, study finds' The Sun reports

"Skipping breakfast may raise risk of heart disease by up to 87 per cent, study finds," The Sun reports. This follows a US study that looked at the breakfast habits of over 6,500 adults aged around 50. It then looked to see how many people died overall and the specific cause.

A third died over the next 18 years, and there was no link between eating breakfast and risk of dying overall.

When researchers looked at deaths due to cardiovascular causes such as heart attacks or stroke, they found a possible link. People who reported never eating breakfast were found to have an 87% increased risk of cardiovascular death than people who ate breakfast daily.

Overall the study supports general understanding that it's good to eat a breakfast as part of a healthy lifestyle, but the quality of what you're eating for breakfast is important too.

This study was conducted by researchers from the University of Iowa and published in the peer-reviewed Journal of the American College of Cardiology. No sources of financial support are reported.

The Mail Online also wrongly reports skipping breakfast "on a long-term basis" increases risk. The study assessed breakfast habits only once and followed deaths over the next 18 years. We have no information on whether people continued their breakfast habits over the course of the study.

This was a cohort study in a nationally representative sample of the US population that aimed to see whether skipping breakfast is linked with deaths from cardiovascular disease or any cause. Cohort studies are often used to study the potential link between an exposure and outcome in a large sample of people.

However, it is hard to account for all the other differences there may be between people who do and do not eat breakfast.

The study used interview data collected from the National Health and Nutrition Examination Survey (NHANES) between 1988 and 1994. The study included a sample of 39,695 US adults, most of whom were interviewed at home by trained staff. Participants were asked "How often do you eat breakfast?", with responses of "every day", "some days", "rarely", "never", and "weekends only".

The data was followed up to 2011 to identify registrations of deaths, which included information on cause of death.

The researchers analysed the links between eating breakfast and deaths overall or from specific cardiovascular cause. They included adults who at the baseline interview were aged 40-75 years, who were free from cardiovascular disease. They excluded people who died within 12 months of the assessment to try and make sure the person was not at high risk of mortality when their diet was assessed. This left a total 6,550 people for analysis.

The researchers took account of various confounding factors that may influence the link:

The 6,550 adults were on average 53 years old at the initial interview and 48% male. Most (59%) ate breakfast every day, 25% some days, 11% rarely, and 5% never. People who didn't eat breakfast were more likely to be former smokers, heavy drinkers, physically inactive, have a poorer diet, and of lower socioeconomic status than those who ate breakfast.

After adjustment for all confounders, people who never ate breakfast had 87% increased risk of death from cardiovascular disease compared with people who ate breakfast every day (hazard ratio [HR] 1.87, 95% confidence interval [CI] 1.14 to 3.04). However, the link between not eating breakfast and death from any cause just fell short of statistical significance (HR 1.19, 95% CI 0.99 to 1.42).

The researchers conclude that "In a nationally representative cohort with 17 to 23 years of follow-up, skipping breakfast was associated with a significantly increased risk of mortality from cardiovascular disease. Our study supports the benefits of eating breakfast in promoting cardiovascular health."

The study cannot prove not eating breakfast is the direct cause of cardiovascular death. The study demonstrated there were many differences in the health and lifestyle of people who did and did not eat breakfast. Though they tried to adjust for confounding, it's possible other related factors like diet and activity could be influencing the link.

It found no link at all between frequency of breakfast eating and risk of death. The only significant finding was for cardiovascular deaths. However, during 18 years of follow-up there were only 41 deaths from cardiovascular disease among people who never ate breakfast. Analyses based on fewer people may be less accurate.

The study only had a one-off assessment of breakfast, which may not reflect lifelong habits. It also cannot account for what breakfast means to different people. For example, most people ate breakfast every day, but there could be wide variability from people eating a healthy breakfast at 8am, to people eating a bacon sandwich or grabbing a sugary cereal bar late morning.

Overall the study supports the general view that it's good to eat breakfast as part of a healthy lifestyle. But it's not just eating breakfast that's important, but what you're eating.