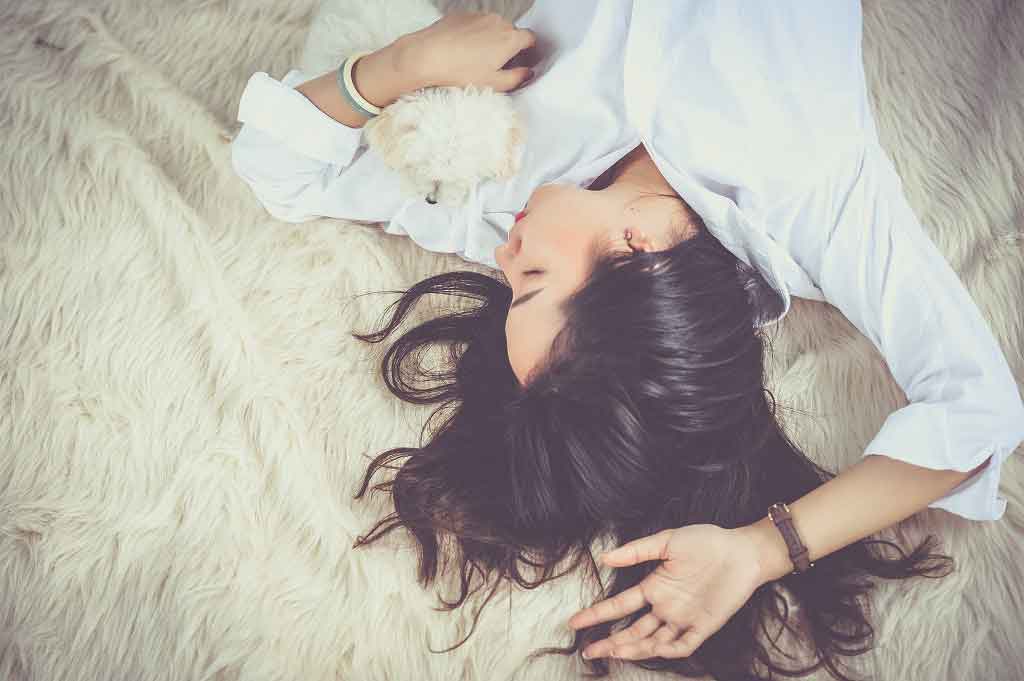 "Falling asleep in front of the TV could increase the risk of obesity," The Daily Telegraph reports.

"Falling asleep in front of the TV could increase the risk of obesity," The Daily Telegraph reports, while the Daily Mirror suggests it's specifically women who sleep with a light who are more likely to gain weight.

Both headlines are reporting a study aiming to see whether light exposure at night could be linked with obesity. The researchers used data collected from 50,000 US and Puerto Rican women. The data was originally investigating genetic and environmental links with breast cancer. In this latest study researchers carried out further analysis to see if there was a link between sleep patterns and weight gain.

Women reported their sleep patterns at the start of the study including any lights on in the room at night. Researchers followed them for at least 5 years to look at weight change. Compared with women who slept with no light, women who left a TV or light on in the room all night were both more likely to have obesity at recruitment, and more likely to develop obesity during follow-up.

However, this does not prove that light is in itself causing obesity. What is probably more likely is that it's all the various health and lifestyle factors linked with such disturbed sleep at night – notably poor diet and lack of physical activity.

This was also a specific sample of middle-aged women all selected on the basis of having higher risk of hereditary breast cancer. They cannot be considered to represent everyone.

The study is of interest, but taking regular exercise and eating a healthy balanced diet are still likely to be the most effective ways to fight overweight and obesity.

Both The Daily Telegraph and the Daily Mirror reported the study accurately but their headlines were arguably misleading and over-simplistic. Both failed to convey the lack of hard evidence of a link between light exposure in sleep and obesity.

This was a cohort study aiming to see whether artificial light at night (termed "ALAN" by the researchers) might be linked with obesity.

The study used data from the Sister Study, a national cohort study aiming to look at the environmental and genetic risk factors for breast cancer. As such the main limitation of the current study is that the cohort was not designed to look at this sleep question. It's not possible to know whether there are true causative links between sleep and weight gain, as other factors could be mixed up in the relationship.

The Sister Study recruited over 50,000 US and Puerto Rican women from 2003 to 2009. Eligible women had to be 35 to 74 years old, to be free from breast cancer themselves, yet to have had at least one sister diagnosed with breast cancer.

They completed detailed health and lifestyle questionnaires at recruitment and every 2 years. At baseline women were asked about types of artificial light present while sleeping. Their responses were put into 4 categories:

Body mass index (BMI), hip and waist circumference were directly measured at recruitment, but collected by self-report at follow-up.

Women were followed up to 2018 with 43,722 women (average age 55) included in the analysis between sleep and weight gain. The analysis took into account the following potential confounders:

Compared to women exposed to no light while sleeping, women who slept with a television or a light on in the room were more likely to be overweight or obese at baseline. A TV or light in the room was also linked with increased risk of the following at later follow-up:

The researchers conclude: "These results suggest that exposure to ALAN [artificial light at night] while sleeping may be a risk factor for weight gain and development of overweight or obesity. Further studies could help elucidate this association and clarify whether lowering exposure to ALAN while sleeping can promote obesity prevention."

The researchers suggest that lowering exposure to artificial light at night might be a strategy in obesity prevention. But how likely is it that light exposure at night is itself directly causing overweight or obesity?

The researchers found the association only for those women who had very disrupted sleep patterns, having an actual light or TV left on in the room for most of the night. It is probably more likely to be the multitude of other health and lifestyle factors associated with this that are behind the weight gain – most likely poor diet and physical activity patterns.

Then if there is a direct link it may be more likely that it's disturbed sleep that could affect metabolic processes and so predispose to weight gain, rather than the light itself.

Another important limitation is that the women included in the Sister Study had very specific characteristics. They were all middle-aged women from the US and Puerto Rico who had to have had one or more sister diagnosed with breast cancer. These women aren't necessarily representative of the general population of women from these countries or elsewhere. For example, ethnic and hereditary characteristics could put them at higher risk of weight gain (breast cancer being associated with obesity). The findings also aren't applicable to men, children or younger women.

It's also worth noting that the study doesn't inform the question of perhaps greater relevance in current society – the effect of exposure to electrical devices such as smartphones or tablets before bed, or leaving them left on at night.

Overall the research is of interest but doesn't prove that turning the light off at night is the missing link in fighting the obesity epidemic.