Another study finds coffee might reduce risk of premature death 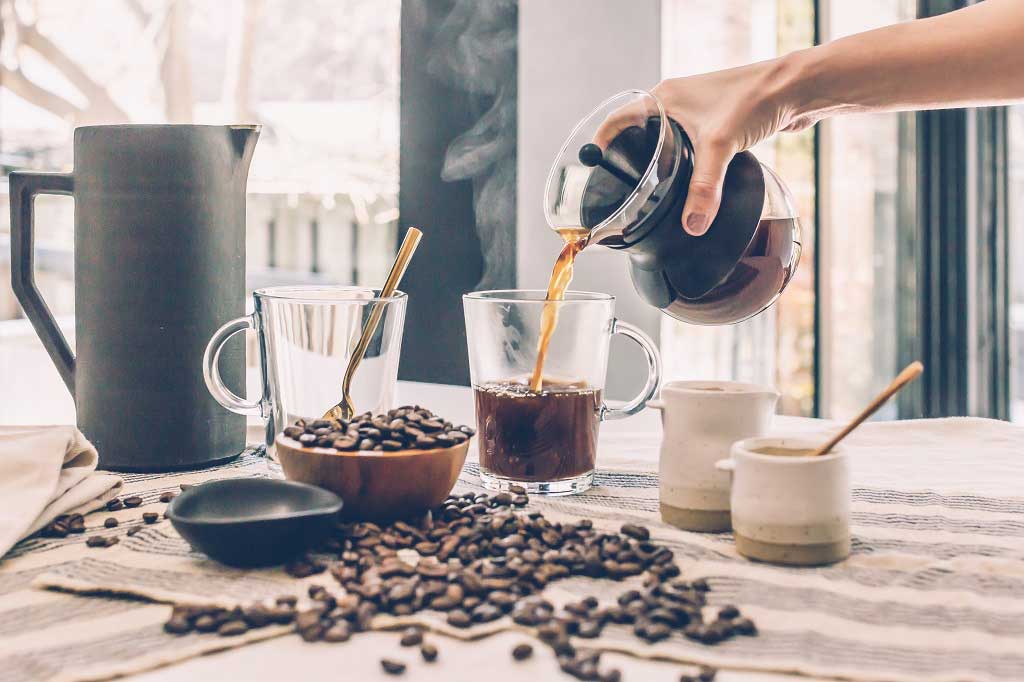 "Have another cup of coffee! Six cups a day could decrease your risk of early death by up to 16%," reports the Mail Online.

"Have another cup of coffee! Six cups a day could decrease your risk of early death by up to 16%," reports the Mail Online. The headline was prompted by a US-led, but UK-based, study aiming to evaluate the association between drinking coffee and risk of death.

In the past, some health professionals have warned against drinking large amounts of caffeinated coffee because it can lead to irritability and insomnia.

However, several studies – the most recent of which we looked at last year – have suggested that drinking coffee is linked to a lower risk of disease or death.

Using this as background, the researchers looked at data on around 500,000 UK adults. This included genetic data, as previous research suggested certain genetic variants can affect how quickly or slowly the body breaks down (metabolises) caffeine.

The present study found that drinking coffee was generally linked to a reduced risk of death. It made no difference whether or not the person carried genes suggesting they metabolise caffeine faster or slower than average.

However, it's worth putting the findings into perspective. For example, drinking less than 1 cup of coffee a day was found to reduce risk of death by 6%, and drinking 6 to 7 cups reduced risk by 16%. For some people, the difference may be too small to justify a higher level of daily coffee consumption.

These potential benefits were the same whether a person drank caffeinated or decaffeinated coffee. So for the sake of a good night's sleep, you may want to stick to decaf in the evening.

The study was led by a team of researchers from the National Cancer Institute and National Institutes of Health in Maryland, US. The database from which they obtained their data was funded by several institutions, such as the UK's Medical Research Council and the British Heart Foundation.

The study was published in the peer-reviewed medical journal JAMA Internal Medicine.

While the UK media coverage of the study was generally accurate, some of the headlines, such as The Daily Telegraph's "Six coffees a day could save your life", overstated the strength of evidence presented by the study.

This was an analysis of data from the UK Biobank study, a large, ongoing prospective cohort study. The current research aimed to evaluate if there was an association between drinking coffee and risk of death.

Cohort studies are a good way of investigating a potential association between exposure and outcome.

Individuals taking part in the Biobank study have filled out a comprehensive questionnaire – including dietary assessments – received physical examinations and provided genetic samples.

However, the UK cohort was not specifically set up to look at any link between coffee drinking and mortality. As such, this research cannot fully account for the influence of other confounding factors such as diet, smoking, alcohol consumption and levels of physical activity.

The researchers used data from 498,134 participants in the UK Biobank study, which includes people between the ages of 40 and 69 recruited from across the UK between 2006 and 2010.

As part of the study, the participants filled out a comprehensive questionnaire, including dietary assessments. They also had physical examinations and provided biological samples (including genetic samples).

With regard to their coffee consumption, participants were asked: "How many cups of coffee do you drink each day (including decaf)?"

They could answer either:

They were also asked to provide information on the type of coffee consumed, with a choice between decaffeinated, instant or ground coffee.

Genetic data was available from 403,816 participants. Using this, the researchers looked for changes that have previously been associated with how long it takes people to metabolise caffeine and gave people "caffeine metabolism scores" to indicate whether they might be slower or faster caffeine metabolisers.

All participants were followed up from when they joined the UK Biobank until their death or the census of 2016, whichever came first.

They then analysed the data to see whether there was an association between coffee consumption and risk of death from any cause, as well as whether caffeine metabolism scores, amount of coffee consumed or coffee type made any difference.

The researchers adjusted their findings for the following potential confounders:

Over the 10 years of follow-up, 14,225 participants died. In general, coffee drinking was found to be inversely associated with overall risk of death and risk of death by cause, regardless of genetic caffeine metabolism scores.

In other words, coffee drinking was linked to a lower risk of death.

Using non-coffee drinkers as the reference group, the hazard ratios (HR) for coffee consumption and all-cause mortality were:

The results were similar for consumption of instant, ground and decaffeinated coffee. Again, this was regardless of the genetic caffeine metabolism scores.

The researchers said: "Coffee drinking was inversely associated with mortality, including among those drinking 8 or more cups per day and those with genetic [variations] indicating slower or faster caffeine metabolism.

"These findings suggest the importance of non-caffeine constituents in the coffee-mortality association and provide further reassurance that coffee drinking can be a part of a healthy diet."

This analysis makes use of extensive data from the UK Biobank to look for any association between drinking coffee and risk of death.

In general, the researchers found that coffee drinking, apparently to any extent, was associated with reduced risk of dying. The results also seemed to refute previous research suggesting that the speed at which individuals metabolise coffee may influence associated health effects.

These are interesting findings that add to the evidence suggesting that drinking coffee might not be so bad for you – and may even be beneficial.

Importantly, these results come from data from an observational study that was not set up to look at this question, so it cannot prove direct cause and effect between coffee drinking and mortality.

It's not possible to fully rule out the influence of other dietary, health and lifestyle factors, and participants' responses on coffee intake may also have been inaccurate, as they were self-reported.

A final point is that the participants were over the age of 40. The results may have been different if a younger population had been studied.

Coffee might not be adding to risk of death but, unless you're having decaf, it's certainly not advisable to drink more than 8 cups a day because of the high caffeine intake.

Pregnant women should not have more than 200mg of caffeine a day. This is equivalent to 2 mugs of instant or 1.5 mugs of filter coffee.