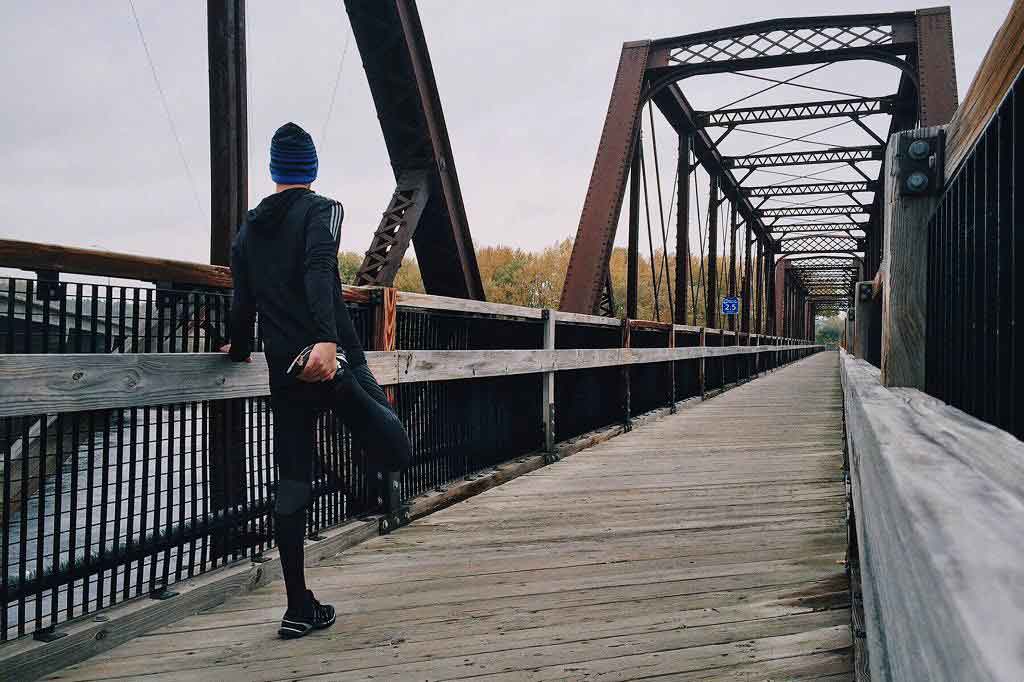 "Depressed people who stop exercising see their symptoms worsen in just three days," is the completely inaccurate headline from the Mail Online.

"Depressed people who stop exercising see their symptoms worsen in just three days," is the completely inaccurate headline from the Mail Online.

Researchers carried out a review of all the studies that had looked at depressive symptoms arising when people who regularly exercised for a period of time suddenly stopped. Contrary to the Mail's headline, none of the studies the researchers looked at included people with a confirmed diagnosis of depression.

Instead, they found 6 small studies involving a total of just 152 adults who had exercised for at least 90 minutes a week for 3 months or more and then stopped for periods of between 3 days and 2 weeks. Some of the studies' results suggested that people experienced depressive symptoms at some stage after stopping exercise.

Overall, the evidence is of questionable quality, limited as it is by the small study sizes and lack of comparison groups.

While nothing can be concluded from this review, the effects of exercise on general health and mood are well established. Physical activity is recommended as part of general care for people with depression.

It may be useful to investigate whether interrupting exercise habits causes symptoms to return in people with a history of depression, which is an area this study could not explore.

The study was carried out by researchers from The University of Adelaide in Australia, and funded by an Australian Postgraduate Award and a Research Training Scholarship from the Australian government. It was published in the peer-reviewed Journal of Affective Disorders.

The Mail Online's headline was completely wrong. It said the effects were seen in "depressed people", but the research didn't involve anyone who had a diagnosis of depression. This error was throughout the story.

This was a systematic review, where researchers gather all of the published research on a particular topic to compare it and, if possible, combine the results. This is a good way of seeing whether studies are consistent with each other and whether we can draw any firm conclusions across an area of research.

However, systematic reviews are only as good as the quality and quantity of the existing research. In this case, the studies were all small and of such variable methods and quality that the researchers were not able to combine the results in a meta-analysis to get an overall idea of effects.

Also, the researchers wanted to see whether stopping exercise affected the symptoms of depression, but they were unable to find any studies involving people with diagnosed depression.

The researchers searched several large databases to look for English-language studies investigating the effects of stopping exercise on depressive symptoms or diagnosed depression in adults aged 18 to 65.

They looked for studies involving people, with or without depressive symptoms at the start of the study, who had exercised regularly (at least 90 minutes a week) for at least 3 months. "Exercise cessation" meant that people had stopped exercise for at least 3 days. Studies in pregnant women, or people who were defined as athletes or sportspeople, were not included in the systematic review.

The researchers assessed the quality of the identified research using standard tools.

The identified studies were all designed differently and used a range of different tools and questionnaires to look at depressive symptoms, while the participants differed in the amount of exercise they regularly did.

For these reasons, the results couldn't be pooled for statistical analysis.

The researchers didn't find any relevant studies that involved people with existing depression or depressive symptoms.

They found just 6 studies investigating the possible influence of exercise cessation on depressive symptoms, but none of the participants had any confirmed symptoms of depression to start with.

These studies had limitations, such as:

Participants needed to have exercised for "the minimum of 1.5hrs per week and the minimum frequency of aerobic exercise of 3 times weekly (range 3 to 7 times weekly) for a minimum of 30 to 45 min; or for 4 hours or 16km per week". Exercise cessation lasted for an average 11 days.

Three of the studies compared participants' mood before and after ceasing exercise. These generally showed that depressive symptoms increased for some people after stopping exercise. However, this was quite weak evidence.

The other 3 studies had a control group, where participants who had stopped exercising were compared with those who continued.

All studies showed that people who ceased exercising had some kind of increase in depressive symptoms although, again, this wasn't good-quality evidence.

For example, one study found no effect on symptoms in the first week but did find some in the second week, while the 2 studies observed greater changes in females than males. There was also no information given about depressive symptoms in the comparison groups.

The researchers noted the lack of studies on exercise cessation in people with existing depression and called for randomised controlled trials to be carried out in this area.

They noted some findings from the studies, such as the differences between how men and women responded to exercise cessation, and suggested that, to investigate this further, any new studies needed to include a sufficient number of women.

While this is an interesting area of research, the evidence is sparse and of questionable quality, so we can't really draw conclusions as to whether stopping exercise causes depressive symptoms.

Furthermore, none of the people in the studies had been diagnosed with depression, so it can't be said that people with depression will see their symptoms worsen if they stop exercising.

The identified studies were all very small, and of differing design and quality. Although 2 were randomised controlled trials – which you would expect to be more reliable – all 6 were assessed as having "moderate to high" risk of bias. And in any case, data from so few people proves little.

The amount of time that counted as "exercise cessation" – between 3 days and 2 weeks – was also quite short, so we don't know anything about the effects of stopping exercise over a longer period. This might be relevant to understand what may happen if, for example, someone who exercises a lot has to stop for a while because of injury or illness.