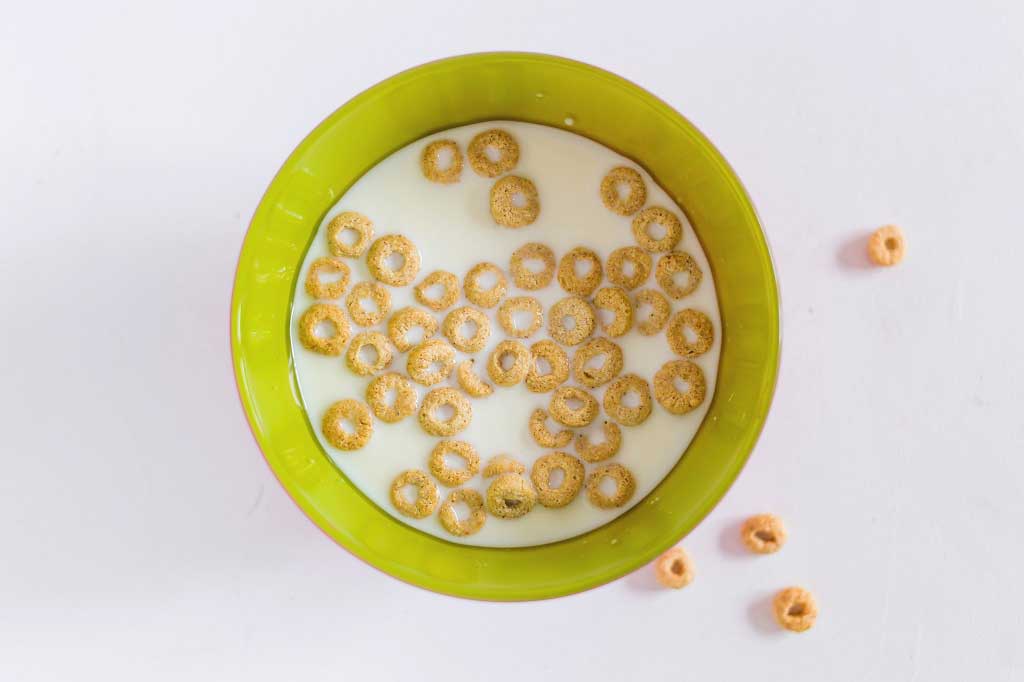 Children’s breakfast cereals are “so full of sugar they should be in the chocolate biscuit aisle of supermarkets,” the Daily Express has warned. Several newspapers have reported the findings of...

Children’s breakfast cereals are “so full of sugar they should be in the chocolate biscuit aisle of supermarkets,” the Daily Express has warned.

Several newspapers have reported the findings of a survey into the nutritional content of popular UK breakfast cereals, with most papers focusing on the high sugar levels in children’s cereals.

The survey comparing the nutritional content of 50 UK breakfast cereals included top selling brands and supermarkets’ own-brand equivalents. It found that overall, 32 out of the 50 were high in sugar, and that 12 out of the 14 cereals (86%) aimed at children had excessive levels of added sugar. The survey also reported some good news: that most cereals have reduced their salt levels over the last few years.

The survey also found inconsistent nutrition labelling and ‘per serving’ information with different serving sizes between brands, as well as a lack of traffic light labelling.

The nutritional value of cereals, particularly those fortified with vitamins and minerals, means that they can still play a part in a health balanced diet. However, these findings should serve as a reminder to people who eat cereal to be careful with the amount of sugar, fat and salt they eat in all meals of the day.

Why are sugary cereals in the news?

The independent consumer watchdog Which? has published its latest analysis of the nutritional value of breakfast cereals. It last investigated cereals in 2009. For the latest survey, it compared the sugar, salt and fat content of 50 cereals, based on the manufacturers’ information.

In order to compare different cereals across the board, Which? used the cereals’ nutritional value per 100g to compare cereals across the board, rather than the nutritional content of different portion sizes recommended by manufacturers. They included top selling branded cereals and supermarkets’ own-brand equivalents for the most popular ones (which were Kellogg’s Special K, Kellogg’s Crunchy Nut Cornflakes and Kellogg’s Cornflakes). They also compared the results against their previous investigation into cereals.

Criteria for whether cereals are high, medium or low in fat, sugar or salt, is based on the traffic light labelling criteria, developed by the Food Standards Agency.

What cereals had the most sugar according to the Which? report?

The survey found that 32 out of 50 cereals were high in sugar. The official traffic light labelling system defines this as more than 12.5% sugar (12.5g per 100g). In only two of these cereals this was due to the fruit they contained, for the rest it was due to added sugar.

Among cereals aimed at children, 12 out of 14 were high in sugar. Of the two that were not high in sugar, Rice Krispies had a medium level of sugar, while Weetabix was the only breakfast cereal that is specifically promoted to children to have a low level of sugar.

The cereal highest in added sugar was Kellogg’s Frosties, which is 37% sugar. Own-brand chocolate rice cereals from several supermarkets came a close second at 36% sugar. These included:

These were followed by:

Several supermarket brands of honey nut cornflakes had 33.6% sugar. Even cereals marked as ‘healthy’ such as Kellogg’s All-Bran Flakes (22%) and Special K (17%), were high in sugar. Alpen Original Muesli had 23.1% sugar, although this included sugar from fruit, while Dorset Cereals Simply Delicious Muesli had 16.8% sugar, though this was all from fruit.

Which? said that most cereals have seen big reductions in salt content since 2009, because manufacturers have reformulated their products to meet salt targets. Morrisons Honey Nut Cornflakes, Tesco Special Flakes and Kellogg’s Coco Pops have all seen significant cuts in salt levels.

Only eight of the 50 cereals analysed did not meet the 2012 target of a maximum of 1.1g salt per 100g breakfast cereal. These were:

Which cereals contained the most fat?

The report did not summarise cereals’ fat content but most cereals were low in fat (3% or less fat, according to the traffic light system), though several contained medium levels of fat (between 3 and 20%). Those with the highest levels were:

Several other brands and own-brand equivalents contained between 3 and 5% fat.

Which was the healthiest cereal?

What else did the report find?

The report also found that nutritional labelling in supermarkets is so often inconsistent. Eight of the 50 cereals investigated had no front-of-pack nutrition labelling and only 14 included traffic light labelling. Which? says that different serving sizes add to the confusion, as do claims about healthier aspects of some cereals (such as being low in fat) when they were high in sugar.

What does 'Which?' conclude?

Which? suggests that cereal manufacturers should produce a wider range of healthier products and label nutritional content simply and clearly.

Which? executive director, Richard Lloyd, said: “More action is needed by retailers and manufacturers to provide a wider choice of healthier cereals,” and he urged the Government to encourage cereal makers to take action over sugar levels and improve labelling.

Should I be worried?

Furthermore, there is the likelihood that children will become used to the taste of high-sugar cereals and find healthier ones less palatable. It is important to look at the food labels when shopping and try to choose cereals and other food options that are lower in salt, sugar and saturated fats where possible. Adding fresh fruit to cereal can make it more appealing and also increase its nutritional value.

Compared with a full English breakfast, the average cereal is still probably a better option, and indeed, most breakfast cereals are fortified with vitamins and minerals. However, there are many other healthy breakfast options, such as scrambled eggs on wholemeal toast with a glass of orange juice. For more ideas about better breakfasts, use the Change4Life: healthy breakfasts ideas generator.