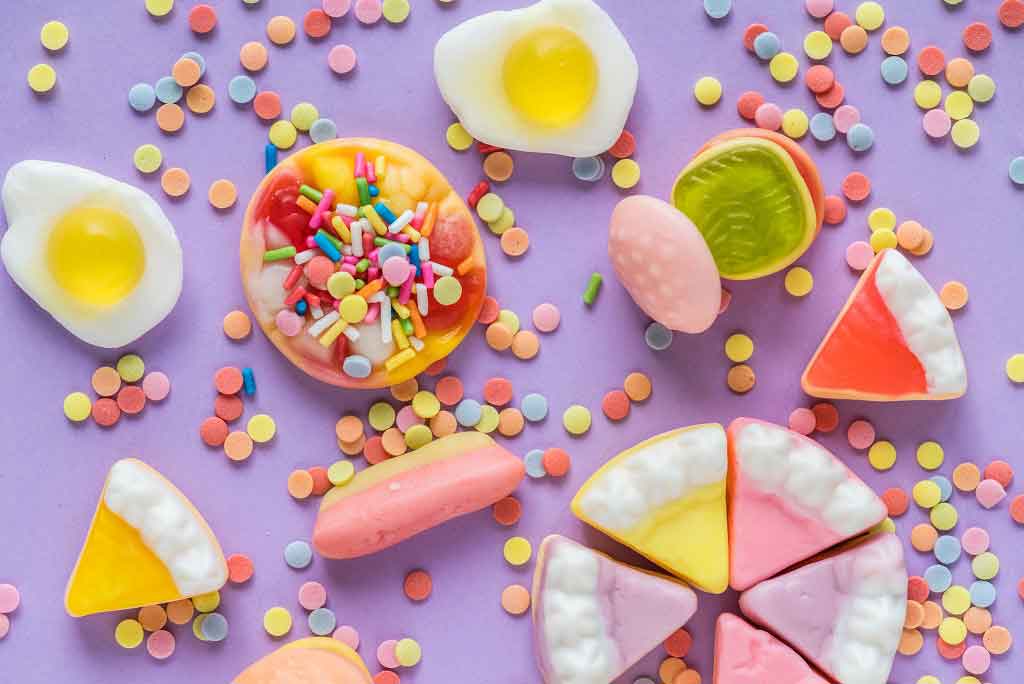 Researchers carried out the biggest review yet of evidence looking at the effects of sweeteners on health (researchers used the term non-sugar sweeteners or NSS).

The researchers included 56 studies of adults and children in their review, though the main findings were based on only a handful of low-quality trials. Most were small in size or lasted too short a time to show reliable results.

The researchers found some evidence that adults had a lower body mass index (BMI) and better blood glucose control when they had non-sugar substitutes rather than sugar.

However, these findings are not robust and were based on a few relatively small studies. The small number of trials in children gave mixed findings.

There was little evidence for other health outcomes. Then, while the review found no evidence of harm from non-sugar substitutes, the researchers said they could not rule harm out.

Non-sugar substitutes might be preferable to lots of sugar, but a better option might be to cut out sweetened food or drinks, or reduce how often we have them. As an independent expert quoted in The Guardian puts it: "replacement of sugary drinks with artificial sweeteners … is not superior to the preferred alternative – water".

Tap water has no calories and is considerably cheaper.

The researchers who carried out the review were based at the University of Freiburg in Germany and the University of Pécs in Hungary, and part of the Cochrane Foundation, an international organisation promoting evidence-based medicine. The research was funded by the World Health Organization, which commissioned the study to inform its guidelines on non-sugar sweeteners. The review was published in the peer-reviewed British Medical Journal and is free to read online.

The Guardian, the Mail Online and The Independent gave reasonably accurate and balanced overviews of the research.

They looked for evidence of effects on the following outcomes:

Where possible, they pooled results of similar types of trials looking at the same outcomes, to do a meta-analysis of the results. They graded all the studies according to the possibility of bias and stated for all their findings how certain they were of the result.

In adults, they found:

All the results in adults were deemed low or very low certainty.

Results for these studies ranged from moderate certainty to low certainty.

Researchers did not find robust results for most other outcomes.

The researchers said: "For most outcomes, there seemed to be no statistically or clinically relevant difference between NSS [non-sugar sweetener] intake versus no intake, or between different doses of NSS. No evidence was seen for health benefits from NSSs and potential harms could not be excluded."

The inconclusive results of the review of the evidence suggest that we need to see better, bigger and longer-term studies of non-sugar sweetener use, to find out for sure their benefits and risks. The review suggests that there could be some benefits in terms of preventing weight gain, but the evidence so far is not strong and does not show consistent enough results to be sure.

The results were based on very few trials. The quality of the studies was generally low, with many being small, not lasting long enough, and not giving enough detail about the sweeteners used, the amount used, or the outcomes. With such little detail on the method of the trials it's difficult to be sure that any observed effects were a direct result of sweeteners. The results could be influenced by wider lifestyle changes such as diet and exercise unless these were carefully controlled.

The researchers excluded studies which did not name the sweetener they studied, which may have ruled out some observational studies (for example those based on food questionnaires, where people are unlikely to know the specific type of sweetener used in processed food or drink they consumed). However, notably the observational studies – despite being the main body of evidence identified – have not contributed to the main results. With observational studies it's even harder than in trials to be sure that confounding factors aren't influencing the results.

The best way to avoid problems associated with sugar is probably to stop drinking sweetened drinks and eating sweet food. The review does not exclude the possibility that non-sugar sweeteners may have a role to play if that seems like too hard a route. However, there seems to be no clear evidence that they will improve health directly.