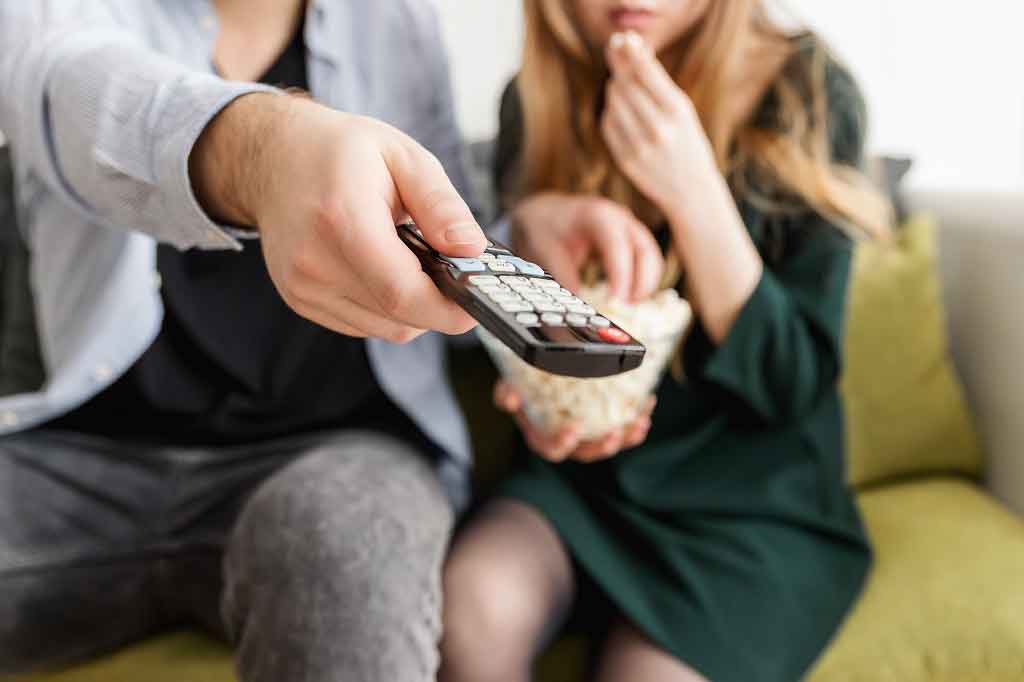 "Young Brits are having less sex than a decade ago because they're too busy watching Netflix," reports the Sun. Researchers used survey data from ...

"Young Brits are having less sex than a decade ago because they're too busy watching Netflix," reports the Sun.

But the numbers reporting more frequent sex (10 times a month or more) dropped sharply, and 50% of women and 64% of men surveyed in 2012 said they wished they had sex more often.

Sexual activity has been linked to better health and wellbeing, although it's possible that in some cases this works the other way around.

Some people who are not fit and well may be less likely to engage in sexual activity.

Because of the type of study, we cannot tell what's behind the decline in frequency of sexual activity. The authors speculated that "the 'busyness' of modern life" might be one cause.

Blaming Netflix would be unfair. The company only launched in the UK in 2012 and is not likely to have had an instant impact on the sex lives of Britons.

Find out more about the potential benefits of happy sexual relationships

The researchers who carried out the study were from the London School of Hygiene and Tropical Medicine in the UK.

The study was published in the peer-reviewed British Medical Journal on an open access basis, so it's free to read online.

It was widely reported by the UK media, who were keen to blame technology for the decline in sexual activity.

While the researchers did speculate that the drop in sexual activity may be a result of the "'busyness' of modern life", this speculation was not supported by any evidence provided in the study.

The Mail Online joined the Sun in blaming Netflix for the decline in sexual activity, despite no mention of the company in the paper or associated editorials.

The Mail Online took an apocalyptic tone, warning that "new technology has left Britons having less sex than ever before".

The survey only gives 3 snapshots from 1991 to 2012, so we do not know how sexual activity now compares with centuries gone by.

The Guardian and BBC News gave more detailed and balanced reports, although both illustrated their stories with images of couples lying in bed using their phones.

This was a repeated cross-sectional survey of UK adults chosen to be representative of the UK population.

This is a useful way of finding out what's happening at any one point in time.

But while repeated surveys can demonstrate trends over time, they cannot tell us the reasons for any changes found.

In 1991 and 2012 the age range interviewed was wider, but this study focused on the 16 to 44 age group to allow consistent comparisons.

The interviews were carried out face to face and with booklets or computer-assisted surveys for more sensitive questions.

For this study, researchers focused on questions about:

They also used data from the 2012 survey to look for factors linked to having sex 4 or more times a month, such as whether people were married or cohabiting, or single, divorced or widowed.

The results showed the most common answer to the question "how many times in the last 4 weeks have you had sex?" changed little over time:

The number of people who said they'd had sex 10 times in 4 weeks or more rose, then fell sharply:

Overall, married and cohabiting people and people over 25 reported having more sex than single people and the under-25s.

But the over-25 married or cohabiting group also represented the group whose decline in sexual activity was most marked between 2001 and 2012.

People who had better mental and physical health and who were fully employed and had higher earnings reported having sex more often.

The researchers said the finding that most men and women were having sex less often than they'd like "merits concern" and that the "wider implications of the decline in sexual frequency are perhaps more worrying".

They suggested it may be a sign of a decline in "general human connectedness".

Although they accepted that they cannot show a cause for the results, they speculated about the role of the introduction of the smartphone and the global recession.

They also considered the role of "changing norms around sex" and gender equality.

They then concluded that the "most compelling" reason may be "related to the stress and 'busyness' of modern life, such that work, family life and leisure are constantly juggled".

It's easy to get overheated about headlines suggesting a disastrous decline in sexual activity, as many people are anxious about what's "normal" and how their own sex lives compare with those of others.

Before throwing out the smartphone and cancelling video streaming services, it's worth thinking about the limitations of this study.

We only have 3 sets of data, spaced a decade apart. The most recent survey is already 6 years old, so we do not know whether the downward trend has continued or gone into reverse.

Figures from the surveys showed that some trends seen in the first 2 sets of data have since reversed.

Only 58% of people invited to take part in the 2012 survey agreed to do so, compared with 67% in the first survey.

We do not know why there's been a decline in people participating or whether it might have affected the results.

Also, the results are all self-reported and people may under- or over-report sexual activity.

One possibility is that in earlier surveys, people were more likely to overstate their sexual activity and are more honest about it now.

But this is speculation. We simply do not know what's behind the different results.

Perhaps the most important finding is that many people would like to have sex more often than they do now.

Whether that means finding time for sex and intimacy in our busy lives or addressing sexual health problems, a healthy sex life is part of our overall health and wellbeing.

Find out more about sexual health