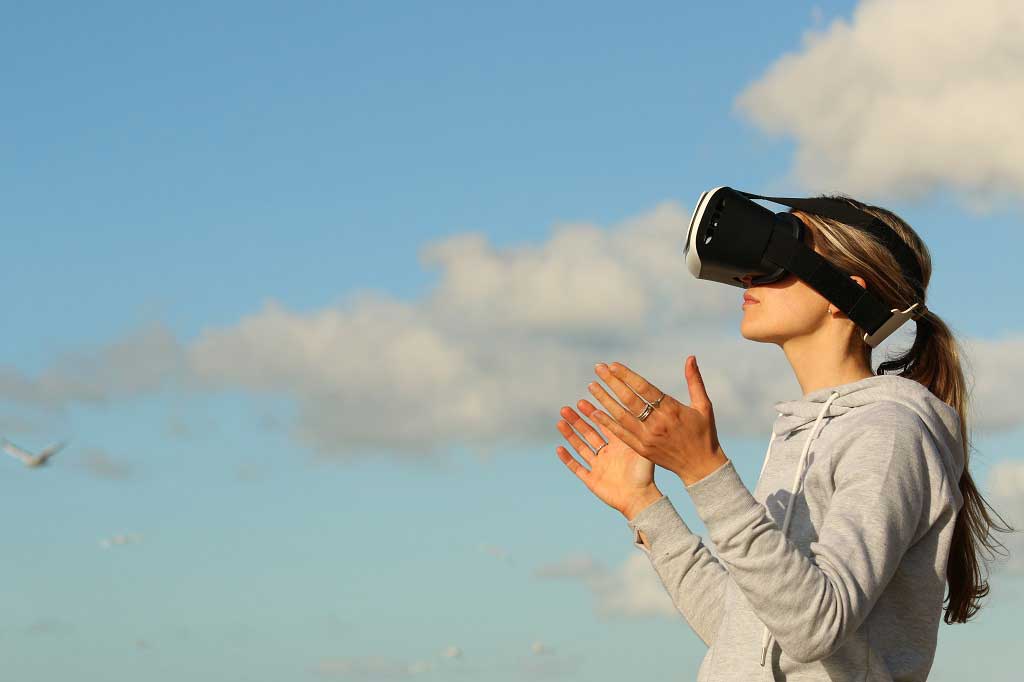 Reports of virtual reality headsets being used to help cure people's fear of heights have attracted a lot of media attention. Fear of heights (acrophobia) is a common phobia, affecting an estimated 1 in 5 people.

Reports of virtual reality headsets being used to help cure people's fear of heights have attracted a lot of media attention.

Fear of heights (acrophobia) is a common phobia, affecting an estimated 1 in 5 people.

This new study randomised 100 people with fear of heights to no treatment or to receive 6 sessions of a virtual reality (VR) intervention delivered over 2 weeks.

The treatment involved wearing a VR headset where patients would explore different settings, like high buildings, while a virtual therapist talked to them about their fears. The aim was to help patients see that they were actually much safer than they thought.

Participants completed questionnaires about their fear of heights before and after the treatment, and then again at 4 weeks. All people began the study with a score of around 53 on a fear scale ranging between 16 and 80. After VR people's scores had roughly halved, to an average of 28.

The study left some questions unanswered: Are the benefits of the treatment long lasting? How would these patients do if they put their fears to the test by actually going to high places?

But overall this is an interesting development in the use of VR to help common mental health conditions.

It's thought VR has the potential to help give people with various mental health conditions cost-effective access to a range of psychological treatments.

The research was conducted by the University of Oxford, University of Barcelona and Virtual Bodyworks in Barcelona, Spain. The study was funded by Oxford Virtual Reality, and the National Institute of Health Research Oxford Health Biomedical Research Centre.

The study was published in the medical journal The Lancet and is freely available to read online.

Media reports of the study were fairly balanced and included personal experiences from individuals who took part in the trial.

This was a randomised controlled trial (RCT) aiming to investigate whether VR could help cure a person's fear of heights.

It's thought that VR could have the potential to help give people with various mental health conditions the best access to psychological treatments. VR can be delivered in a number of formats and means the therapist doesn't need to be present. Just by putting on a headset people could, in theory, be guided through situations causing them distress.

The first mental health use of VR to be explored has been in treating the fear of heights. An earlier trial found positive effects and the current trial aimed to investigate a virtual coach to help boost feelings of safety to counteract fearful associations. An RCT comparing this with usual care is the best way of investigating whether the technique is beneficial.

The study recruited adults from Oxfordshire who then completed an online questionnaire on fear of heights called the Heights Interpretation Questionnaire (HIQ). The score ranges from 16 to 80 with higher scores indicating a greater fear of heights.

Those with scores above 29 were eligible to take part. People currently receiving any form of psychological therapy for fear of heights were excluded.

One hundred adults were enrolled, half of whom were randomly allocated to VR, the other half to usual care.

The VR treatment involved software called "Now I Can Do Heights" with a head-mounted display, headphones, microphone and hand controllers. People received the treatment standing up and could walk around.

A virtual coach talks about the fear of heights and how to address it. For example, "The reason we're afraid of heights is because we think something bad is going to happen … But I'll show you how to look at those thoughts in a new way."

They were then asked questions around how certain they were that feared things would happen, like buildings collapsing, or that they'd throw themselves off a building.

Then along with the virtual coach they would explore a virtual environment, like a high building, to learn how safe they actually were and how likely such things were to happen.

Participants would perform certain tasks and were also told short-term ways to make things easier, like closing their eyes for a moment or holding onto something.

The whole design of the set-up was to give repeated tests to help people learn that they were actually safer than they thought.

Around 6 30-minute sessions of therapy were delivered over the 2-week treatment period. The main outcome assessment was a repeat HIQ questionnaire after the 2 weeks and again at 4 weeks.

The study was single blind, meaning assessors didn't know whether participants had received the intervention or not.

Average scores on the HIQ before treatment were around 53, with most people meeting the medical standard of a fear of heights.

Participants in the usual care group had no change in their scores at the 2 and 4-week assessments. Meanwhile scores had almost halved for people in the VR group, reducing by 24 points to a score of around 28 at 2 weeks, which persisted to 4 weeks. They also had significant changes on subscales assessing anxiety and avoidance.

No adverse effects of the intervention were reported.

This is an interesting study exploring the potential for VR to help people with fear of heights. The results seem promising and the change in fear rating seems large enough that this could make a meaningful difference to people.

There are just a few points worth considering:

Overall though, the trial is of interest and explores another avenue for treatment of common phobias.