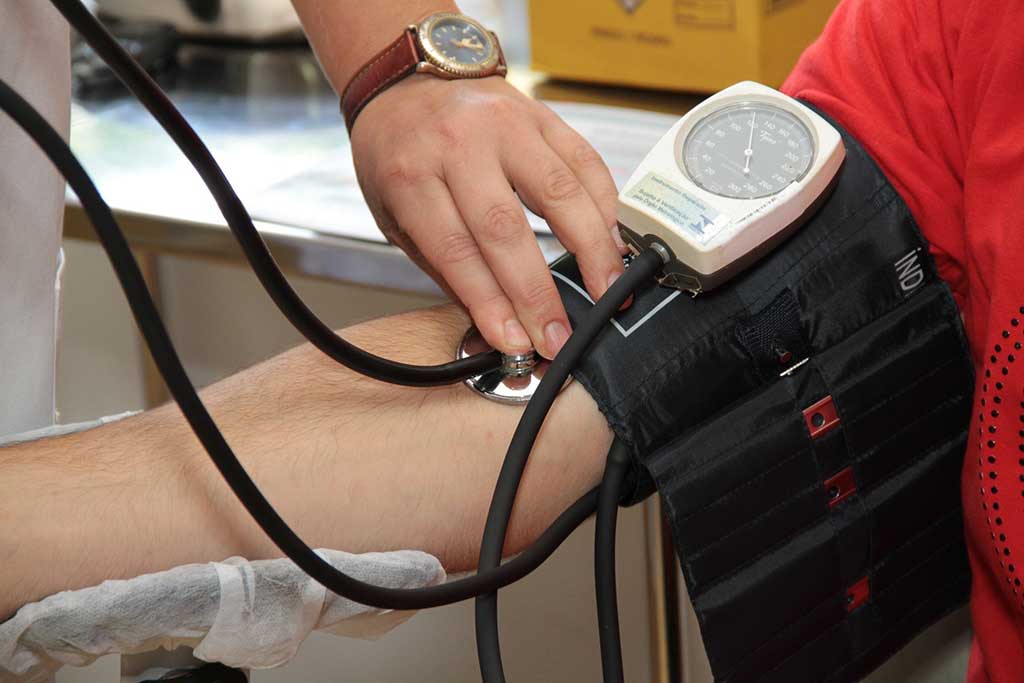 Researchers have long suspected that so-called "white coat" hypertension – when people get a spike in blood pressure when having it taken by a doctor, but they don't have high blood pressure most of the time – means that one-off testing produces less reliable results.

Twenty-four-hour monitoring is thought to be more useful, as it produces an average score of blood pressure throughout the day and night. But it's more expensive, so it's used less often.

Researchers studied nearly 64,000 Spanish adults who'd had their blood pressure taken both by a traditional one-off measurement device in the clinic, and at home using a 24-hour monitor.

They followed people up for an average 4.7 years. The aim was to see how well 24-hour monitoring and one-off clinic measurement predicted risk of death.

The researchers found that 24-hour monitoring was much better than one-off clinic readings for predicting risk of cardiovascular death.

They also found that people with high blood pressure on the 24-hour reading but not the clinic reading (masked, or "missed", hypertension) had the highest risk of death.

Most GP surgeries now offer a 24-hour blood pressure monitors you can borrow. They're normally limited to just a few for each surgery, so you may have to book in advance.

The study was funded by the Spanish Society of Hypertension and Lacer Laboratories.

It was published in the peer-reviewed New England Journal of Medicine.

Several UK media outlets covered the story. The Times criticised the use of "outdated" technology to measure blood pressure, which the Mail Online said was "being measured all wrong".

But the study didn't say that clinic blood pressure measurements were of no use – rather, that they were more useful if backed up by 24-hour measurements.

These types of studies are useful for spotting patterns among large groups of people.

Researchers asked physicians at 223 primary care centres across Spain to recruit patients into a blood pressure register if they were 18 or older and met the guideline recommendations for 24-hour blood pressure monitoring.

Patients who agreed had their blood pressure taken twice in the clinic, as well as a 24-hour blood pressure monitoring session. Researchers followed up how many of these people died, and of what cause.

They then looked at the blood pressure monitoring results to see which type of blood pressure records were best at predicting death and which groups of people were most at risk.

They adjusted 24-hour monitoring results to take account of clinic blood pressure results, and the other way around, to get a clear picture of which type of monitoring was most accurate.

They presented results both as the increased risk of death for every standard incremental increase in blood pressure, measured both ways, and as results for 3 types of patients:

They adjusted their figures to take account of people's age, sex, body mass index, and whether they had diabetes, previous cardiovascular disease, or used blood pressure lowering medication.

They looked at both death from any cause and death from cardiovascular disease only, but the two sets of results were very similar.

This analysis focuses on deaths from any cause.

During the follow-up of 63,910 patients, 3,808 people died. Both types of blood pressure reading were linked to chances of death, but 24-hour monitoring had the greatest power to predict chances of death.

They said perhaps this is because people with masked hypertension took longer to get diagnosed, so were more likely to have damaged organs by the time they were diagnosed.

This study confirms that the most accurate way to measure blood pressure is using a 24-hour monitor. But that's not to say that the standard blood pressure test you have at the GP surgery isn't useful.

Guidelines for UK doctors recommend that people should have 24-hour blood pressure monitoring to confirm a diagnosis of high blood pressure.

The results from the study show that even people with high blood pressure in clinic readings only (white coat hypertension) still have an increased chance of death compared with those who have normal blood pressure.

This could be because, even if they weren't categorised as having hypertension on their 24-hour readings, their average blood pressure was still higher than that of people with normal blood pressure on both readings.

If you're concerned about your blood pressure, talk to your doctor. Blood pressure of 140/90 mmHg or higher is considered to be too high, and people with confirmed blood pressure above this level are usually offered treatment.