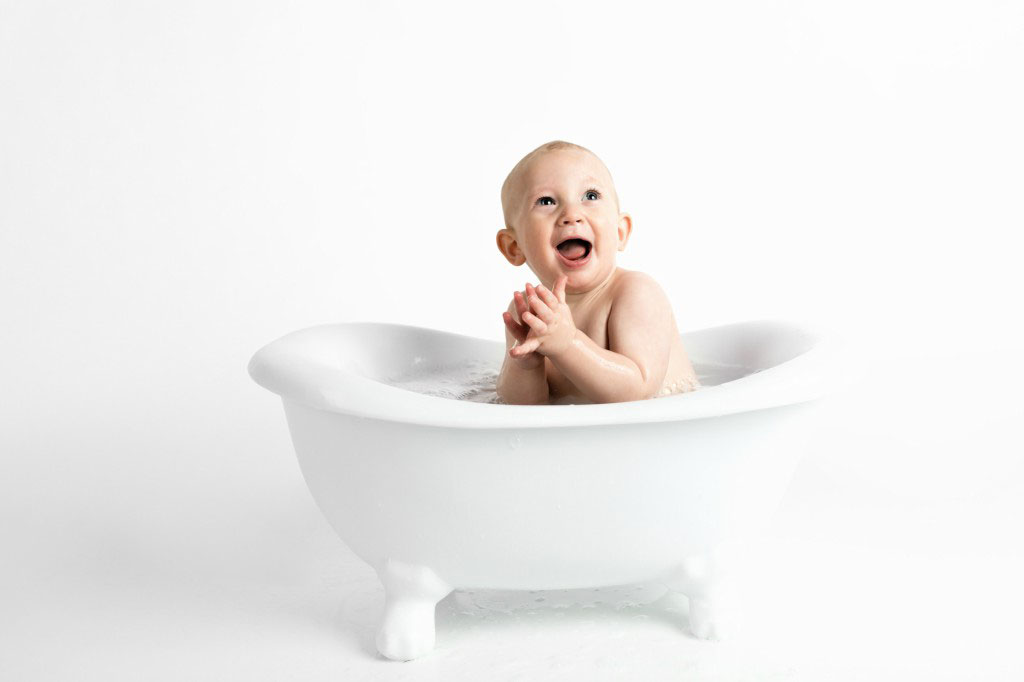 "Bath oils used to help treat eczema in children offer no meaningful benefit as part of their care, a trial has found," reports BBC News.

"Bath oils used to help treat eczema in children offer no meaningful benefit as part of their care, a trial has found," reports BBC News.

Childhood eczema, also known as atopic eczema, is a common condition that causes redness and soreness of the skin. Treatments include using moisturisers (emollients), which have been shown to work, and using emollients as soap substitutes in the bath or shower.

However, until now, there has been little evidence for a third type of treatment: adding emollient additives to baths.

In the first big study of its kind, researchers found commonly prescribed emollient bath additives – designed to be added to bathwater and leave a thin layer over the skin – made little difference to children's eczema symptoms.

The study, carried out in England and Wales, involved 483 children aged 1 to 11 years. Half were randomly assigned to use bath additives regularly for a year – in addition to their usual treatments, including standard leave-on emollients – while the other half did not use them.

The results showed that bath additives made too small a difference to symptoms to be considered clinically important.

It was published in the peer-reviewed British Medical Journal and is free to read online.

The UK media reports were generally accurate and balanced.

This was a randomised controlled trial, which is often the best way to investigate whether a treatment works.

To make results more accurate, many trials like this use a dummy treatment (placebo) so that patients don't know if they are receiving the real treatment. However, in this case, the researchers decided they could not make a convincing placebo for emollient bath additives so did not include one in the study.

Researchers used records from 96 general practices in Wales, south England and west England to identify children diagnosed with eczema. The children's parents or carers were then contacted and invited to take part.

After screening, half the children were prescribed bath emollient additives for a year and the other half were asked not to use them. Most of the experimental group were prescribed Oilatum, Balneum or Aveeno bath products.

All children continued their usual eczema treatments, which included using emollients as creams and soap substitutes, and using steroid creams where needed.

Parents or carers recorded children's eczema symptoms – weekly for the first 16 weeks and then monthly for a year – using the standard patient oriented eczema measure (POEM). In children, this is usually assessed on how severe parents or guardians think a child's eczema is.

POEM gives a score of 0 to 28, with 0 to 7 being no or mild eczema, 8 to 16 moderate eczema and 17 to 28 severe eczema. A drop of 3 points on the scale is considered enough to represent a clinically meaningful improvement in symptoms.

The researchers compared symptom scores for the 2 groups, adjusting for eczema severity at the start of the study, use of steroid creams and soap substitutes, and ethnic group.

Over 16 weeks, the average symptom score was:

After controlling for confounding factors, such as use of other eczema medication, the average symptom score was 0.41 points lower in the bath-additives group (95% confidence interval [CI] -2.7 to +1.10). This was not a statistically significant difference and was well below the 3-point difference considered to be clinically important.

The researchers also looked at subgroups to see if any particular group of children were more likely to benefit from the bath additives. While they did find some effect for children under 5 years old, it still did not reach the 3-point threshold.

They did find a possibly clinically meaningful benefit for children who bathed 5 times or more a week (2.27-point improvement, 95% CI 0.63 to 3.91), but this analysis was based on fewer children, making it less reliable.

The researchers said the trial "provides strong evidence that emollient bath additives provide minimal or no additional benefit beyond standard eczema care in the management of eczema in children".

The study shows that bath emollient additives may not be a useful part of eczema care for children.

This study's results only apply to emollient products added to the bathwater. If you're not sure of the difference, speak to a pharmacist or your GP.

If your child has been prescribed bath emollient additives and is happy with them, there's no reason to stop using them. The study found no increased risk of side effects – such as slipping in the bath, soreness or redness – among children who used them.

However, they may not make much difference to your child's eczema, and it's possible the NHS may decide to recommend that doctors stop prescribing these products in future.

The study was well conducted but had a few limitations, the main one being that, unusually for research of this type, there was no placebo. Placebos are normally included to control for the placebo effect – where people tend to feel better if they are taking a treatment because they expect it to work.

However, in this case, people that did receive the bath additives did not report symptoms significantly different from those not using the additives, which suggests the placebo effect did not have much influence in this study.

The study looked at lots of subgroups among the 483 children to see if any showed different results. However, this increases the likelihood that some of the results are due to chance.

We therefore cannot put too much stock in the finding that children bathing 5 times or more a week may get some benefit from emollient bath additives, as this analysis included just 143 children.

If your child isn't responding well to a particular treatment for eczema, there are other treatments that may be more effective. Find out more about treating childhood eczema.