Tai chi may be as effective for fibromyalgia as standard exercise 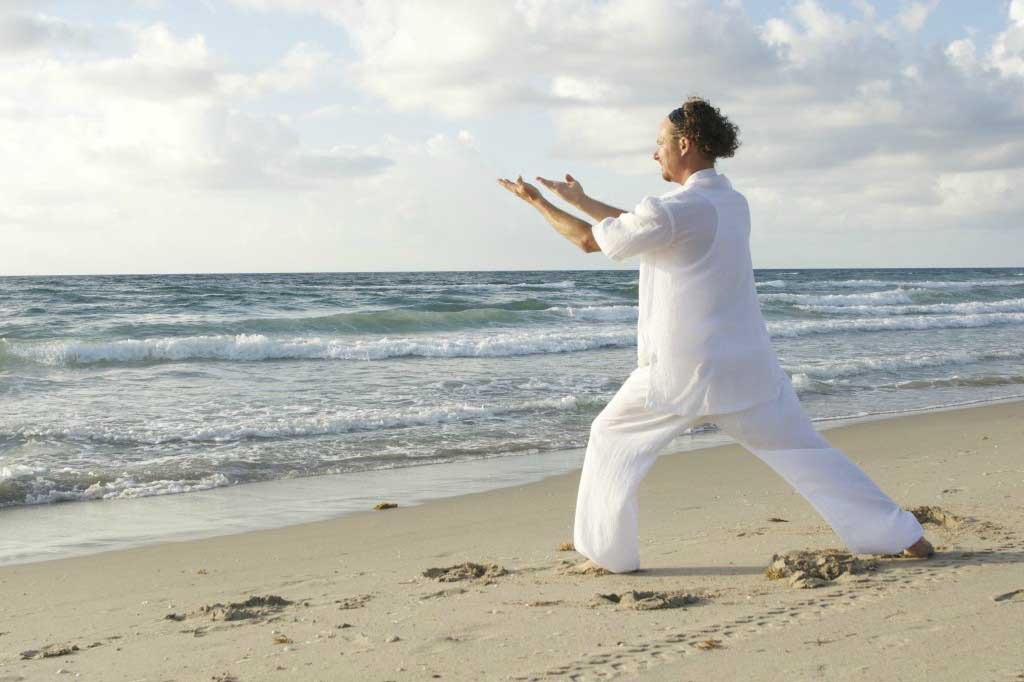 "Tai chi recommended to fight fibromyalgia," reports the BBC. The headline comes from the results of a US trial that found tai chi was more effective than aerobic exercise in improving symptoms of fibromyalgia.

Fibromyalgia is a long-term condition where pain is felt all over the body. The cause is unknown and there's no cure.

Treatment aims to help people cope with the pain, and physiotherapy and exercise have been shown to be beneficial.

This trial randomised 226 adults with fibromyalgia to either taking aerobics exercise classes or tai chi classes.

Aerobic is an umbrella term to describe a range of exercises designed to raise your heart rate while also strengthening and stretching your muscles.

People were allocated to either type of exercise once or twice a week for either 12 or 24 weeks.

Attending classes twice a week for 24 weeks resulted in the best outcomes.

Tai chi may well be a good option for people with fibromyalgia, as it's unlikely to cause injury or harm and can be tailored to individual ability.

But personal preference is key, and this study shows that either form of exercise is likely to be beneficial.

Find out more about the potential benefits of tai chi

The study was led by a team of researchers from Tufts University and Brown University School of Public Health, both in the US.

It was funded by the US National Institutes of Health.

The study was published in the peer-reviewed British Medical Journal (BMJ). It's available on an open access basis and can be read free online.

BBC News' coverage of the study was balanced and accurate.

This randomised controlled trial (RCT) aimed to investigate the effectiveness of tai chi compared with standard aerobics exercise for people with fibromyalgia.

Fibromyalgia is a long-term condition that causes pain all over the body as well as fatigue. Although the exact cause is unknown, it's thought to be the result of abnormalities in pain regulation in the brain.

There may be a genetic link that puts people at increased risk of developing the condition, and it's often triggered by a physically or emotionally stressful event.

There's no cure for fibromyalgia, but exercise, in particular, has been found to offer a number of benefits and is currently part of the recommended standard care for the management of the condition.

Tai chi has been shown to have similar therapeutic benefits in people with osteoarthritis, so the researchers wanted to determine whether it could be a therapeutic option for people with fibromyalgia.

They also wanted to assess whether it may be more effective than the standard recommended aerobic exercises.

RCTs are considered one of the highest quality study designs for comparing the effectiveness of 2 interventions, in this case different forms of exercise.

RCTs are usually double-blinded, meaning neither the participants nor the researchers know what intervention people are receiving until the study's complete.

It wasn't possible to blind participants in this study when they were receiving structured interventions such as tai chi and aerobics. This raises the possibility of a placebo effect biasing the results.

The researchers recruited 226 adults with fibromyalgia and followed them for 12 months.

The tai chi sessions each lasted 60 minutes, once or twice a week for either 12 or 24 weeks.

The aerobic exercise sessions were also 60 minutes long, twice a week for 24 weeks.

People aged 21 and over were included in the study if they had a diagnosis of fibromyalgia and widespread pain.

Researchers excluded people if they had a condition that would otherwise explain their pain or if they'd received any complementary or alternative medicine in the past 6 months.

Researchers monitored the number of sessions people attended. They also encouraged participants to continue to practise the assigned exercise at home throughout the 52-week follow-up through monthly phone calls.

People were also asked to try to go for a walk each day, building up to 30 minutes.

The researchers evaluated each participant for changes in the fibromyalgia impact questionnaire (FIQR) scores at baseline, 12, 24 and 52 weeks.

The FIQR assesses a patient's disease status, progress and outcomes, and is designed to measure the components of health and daily living most impacted by fibromyalgia.

Questions include, "Were you able to do shopping?", with the option of answering "always", "most", "occasionally" and "never". Scores range from 0 to 100, with higher numbers indicating worse symptoms.

FIQR scores were found to improve in all treatment groups:

The researchers concluded: "Tai chi mind-body treatment results in similar or greater improvement in symptoms than aerobic exercise, the current most commonly prescribed non-drug treatment, for a variety of outcomes for patients with fibromyalgia. Longer duration of tai chi showed greater improvement.

"This mind-body approach may be considered a therapeutic option in the multidisciplinary management of fibromyalgia."

Researchers found there were greater benefits in terms of FIQR score improvements in people who did tai chi, compared with standard aerobics exercise, when done twice a week for 24 weeks.

Doing tai chi long term (24 weeks as opposed to 12) was also found to have greater benefits.

The researchers suggest that tai chi should be considered as a therapeutic option for the management of fibromyalgia.

Although the sample size was small, this was an interesting and well-conducted trial.

The assessors were blinded to the type of exercise the participants had been allocated to, and outcomes were measured using validated questionnaires.

The randomisation process was unbiased, and baseline characteristics were similar across the groups.

But most of the participants were highly educated overweight women, so the results may not be generalisable.

It's worth noting that the quality of tai chi sessions would be dependent on the standard of the instructor and the movements recommended.

Find out more about tai chi