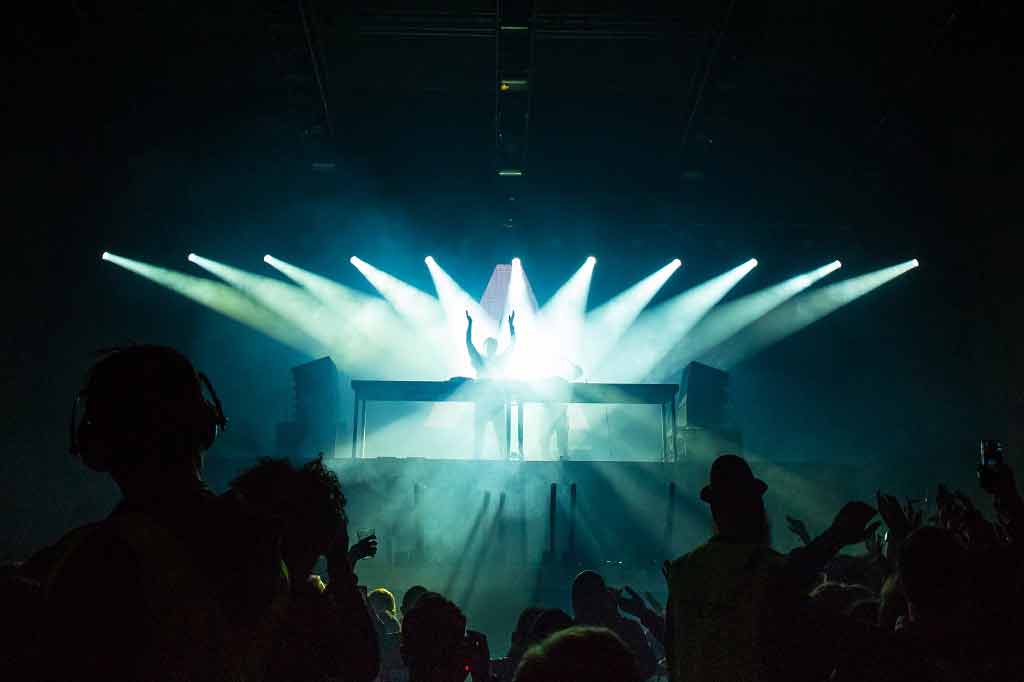 They looked at 28 electronic dance music festivals held in the Netherlands in 2015.

They compared the number of seizures during concerts held in daylight with the number during night-time or indoor concerts, where strobe lighting is more intense.

They found the rate of epileptic seizures was more than 3 times higher in people attending indoor or night-time events.

The study followed a case where 1 man had an epileptic seizure at an electronic dance music concert, which seemed to have been triggered by strobe lighting, despite not having had symptoms of epilepsy before.

The researchers have called for event organisers to warn people of the possible effects of strobe lighting, even among people without epilepsy.

The researchers who carried out the study were from the VU Medisch Centrum in Amsterdam, the Netherlands.

The study had no specific funding.

It was published in the peer-reviewed journal BMJ Open on an open access basis, so the study is free to read online.

BBC News and the Mail Online both provided reasonably accurate and balanced accounts of the study.

The study began with a case study of a man who had a seizure at a dance music festival and later tested positive for epilepsy triggered by flashing lights (photosensitive epilepsy).

Researchers then carried out a cohort study. Cohort studies are useful for spotting and establishing links between risk factors (in this case strobe lighting) and outcomes (epileptic seizures).

But they cannot prove that one causes the other, as other factors may be involved.

They calculated how many seizures occurred per person attending, per hour of festival duration.

This resulted in a similar number of "person hours" for the 2 types of festival: in other words, the number of hours the festival lasted multiplied by the number of people attending.

The researchers standardised the figures to show the expected number of seizures during a 9-hour festival attended by 10,000 people:

The chances of having a seizure at a night-time festival were 3.5 times higher than during a daylight festival.

About 1 in 3 people who had a seizure at daylight or night-time festivals had been taking ecstasy.

They added that "stroboscopic light effects are prime suspects, but probably not solely responsible" for the increased risk.

Seizures are caused by bursts of electrical activity in the brain. Some people are more prone to seizures than others.

In certain people (about 3 in 100 people with epilepsy, according to Epilepsy Action) seizures can be triggered by flashing lights. This is called photosensitive epilepsy.

People with photosensitive epilepsy may not realise they have the condition until it's triggered (for example, by a lighting effect at a concert or other event).

Electronic dance music concerts often include lighting effects, such as strobe lights, where lights flash on and off very rapidly.

This study suggests that these light effects may increase the risk of having a seizure.

But other factors, such as youth, lack of sleep and drug use, can also increase the chances of having a seizure.

Because the study used anonymised data, the researchers were unable to tell whether people who'd had seizures were later diagnosed with photosensitive epilepsy, whether it was their first seizure, and whether other factors (such as sleep deprivation) might have played a part.

It's also possible that some people at festivals, especially those who'd experienced seizures before, might not have sought medical attention.

But the research suggests that strobe lighting at festivals might increase the risk of seizures for people predisposed to photosensitive epilepsy.

For that reason it would be sensible for people who have photosensitive epilepsy to take precautions to avoid seizures by avoiding events with strobe lighting, being aware of early warning "aura" symptoms, and being ready to leave events if they start to feel unwell.

Find out more about epileptic seizures and potential triggers