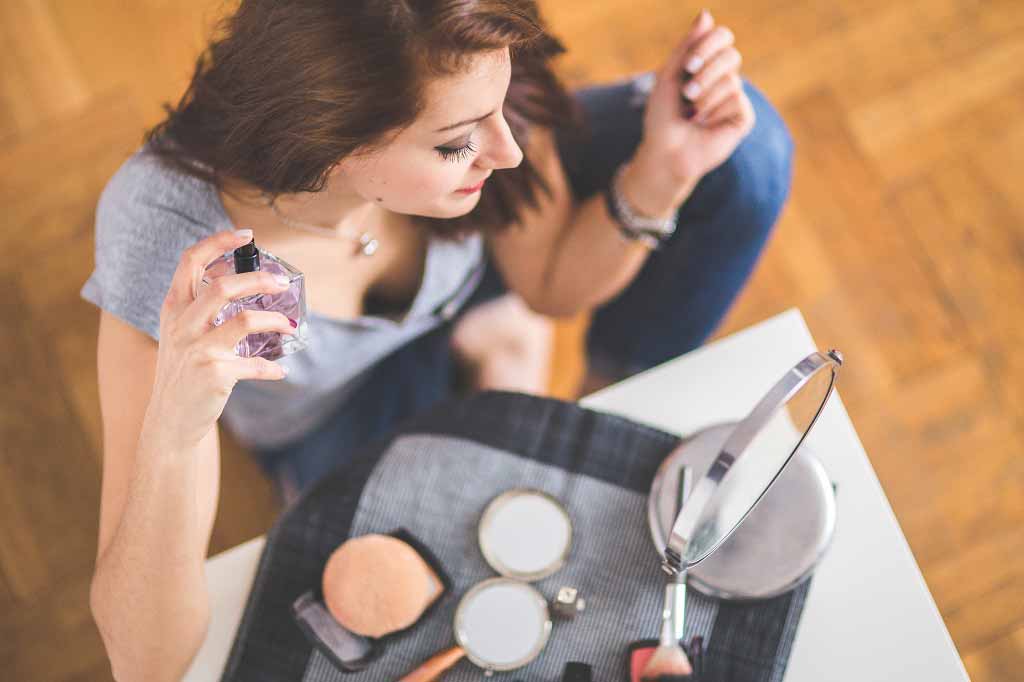 "Chemicals in make-up and perfumes fuelling rise in children with asthma," reports the Mail Online. One scientist, the website claims, suggests that women should take measures such as checking the contents of their make-up and avoiding using…

"Chemicals in make-up and perfumes fuelling rise in children with asthma," reports the Mail Online.

One scientist, the website claims, suggests that women should take measures such as checking the contents of their make-up and avoiding using plastic containers for food.

This story is based on research following 300 inner-city children in the US and their mothers from the time of their pregnancy to age 11. The women's urine was tested in the third trimester for a group of chemicals called phthalates as a measure of the child's potential exposure in the womb.

They found the children of mothers who had the highest levels of exposure to two phthalates (butylbenzyl phthalate [BBzP] and di-n-butyl phthalate [DnBP]) in pregnancy were more likely to report asthma-like symptoms such as wheezing between the ages of 5 and 11, and to have current asthma.

Crucially, BBzP and DnBP are among several phthalates that have been banned from children's toys and cosmetics in the EU. The Daily Telegraph reports that from 2015 BBzP will be routinely banned. Countries outside the EU may have different legislation on the use of these chemicals.

The study's relatively small size means the size of the potential impact on risk is uncertain. Another limitation is that the study only looked at African American and Dominican inner-city women, and the results may not apply to wider groups of females.

It's also difficult to say for certain whether the phthalates are directly causing the increase in asthma cases. The authors themselves acknowledge that the findings need to be treated with caution until they are checked in other studies.

The study was carried out by researchers from Columbia University and other research centres in the US. It was funded by the National Institute of Environmental Health Sciences.

The study was published in the peer-reviewed journal Environmental Health Perspectives.

This difference may contribute to the Mail Online's reports that US scientists are "urging parents to reduce the risk by avoiding using plastic containers, perfume and heavily scented washing detergents".

The researchers do not do this in their research paper, which suggests caution in interpreting its results, although one of the authors is quoted in the Mail Online as making some suggestions to reduce exposure.

This may cause unnecessary concern, given that the Mail Online do not report on the existing, and impending, restrictions on the use of these chemicals in the EU. It is worth bearing in mind that many of the Mail Online's readers are based in the US, so this content may have been aimed at them.

This was a prospective cohort study looking at whether exposure to chemicals called phthalates while in the womb is linked to a child's risk of developing asthma.

Phthalates are found in many consumer products, such as food packaging materials and various household products, including some beauty products. As such, people may consume some phthalates in their food or through the wider environment.

Previous studies suggested phthalates in the environment and in the body may be associated with asthma, but no studies have looked at the impact of exposure to these chemicals in the womb.

This type of study is the best way to assess whether there is an association between an earlier exposure and a later outcome in humans. While such research can provide evidence of an association, it is not possible to say for certain whether the exposure directly causes the outcome.

To weigh up whether the exposure is causing the outcome, researchers need to draw on a wide range of evidence, including human and animal studies. All or most of the evidence needs to support the possibility that the exposure causes the outcome before researchers can be relatively confident this is the case.

The researchers collected urine from 300 pregnant women and measured the levels of various phthalates in these samples as an indication of the exposure of the foetus to these chemicals.

They then followed up the women's children when they were aged 5 to 11 to identify anyone who had developed asthma. They analysed whether higher levels of exposure to phthalates was linked with an increased risk of developing asthma.

Pregnant African American or Dominican women were enrolled to take part in the Columbia Center for Children's Environmental Health (CCCEH) longitudinal birth cohort study between 1998 and 2006. To be eligible, they had to have lived in Northern Manhattan or the South Bronx for at least one year before their pregnancy.

Women who smoked or took illegal drugs, who had not received prenatal care early in their pregnancy, or who had medical conditions such as diabetes or HIV were not eligible to participate. Of the 727 women taking part in the CCCEH study, 300 had provided all of the samples and information needed to be analysed.

The women provided urine samples for testing in their third trimester of pregnancy, and the children provided samples at ages three, five and seven.

Researchers measured four chemicals formed during the breakdown of four different types of phthalates in the samples (called metabolites).These phthalates have long chemical names, which are abbreviated to DEHP, BBzP, DnBP and DEP.

They also measured levels of another type of chemical called bisphenol A, which is also found in consumer plastics and has suggested links to various illnesses.

The mothers were sent asthma questionnaires five times when the children were between the ages of five and 11. These asked about whether the children had asthma symptoms or took asthma medication over the previous year.

The first time the mother reported that their child had symptoms that could indicate asthma (such as wheeze or whistling in the chest, or a cough lasting more than a week) or took asthma medications, the child was referred for a standard assessment by a doctor, including lung function tests.

The researchers also assessed various factors that could impact results (confounders) as they were thought to be associated with people's phthalate exposure or asthma. This included things such as:

They took these factors into account in their analyses, which looked at whether the level of prenatal exposure to phthalates was related to a child's risk of developing asthma.

Just over half of the children (51%) were assessed by a doctor because they had been reported to have wheezing or other asthma-related symptoms, or to have used asthma medications. After assessment, 31% were judged to have current asthma and 20% to not have current asthma.

The levels of prenatal exposure to two phthalates, called butylbenzyl phthalate (BBzP) and di-n-butyl phthalate (DnBP), showed significant association with having a history of asthma-like symptoms and having current asthma.

The researchers concluded that, "prenatal exposure to BBzP and DnBP may increase the risk of asthma among inner-city children". They note that, as this is the first study to find this, the results need to be interpreted cautiously until they are replicated in other studies.

This study, analysing 300 inner-city women and their children, suggests there may be a link between exposure to certain phthalate chemicals prenatally and a child's risk of asthma and asthma symptoms between the ages of 5 and 11.

The strength of this study is its design – prospectively setting out the data it wanted to collect and doing so in a standardised way, also following up the participants over time.

Many studies looking at the links between chemical exposures and adverse outcomes measure both at the same time, meaning it is not clear whether one came before, and therefore might directly influence, the other.

This study also had children with reported asthma symptoms assessed by a doctor to confirm their diagnosis, which is likely to be more accurate than relying solely on parental reporting.

The study does have its limitations, however:

These are early findings on this particular association, and it's not possible to say for certain whether these chemicals are definitely having an effect on the child's asthma risk. The authors of the study themselves are appropriately cautious, suggesting that their findings need to be confirmed in other studies before firm conclusions can be drawn.

The study also did not assess the sources of the women's exposure to phthalates. The researchers say that, based on previous studies, PVC products could be a likely "substantial source" of BBzP exposure in the home.

If evidence accumulates that chemicals used in consumer products may be associated with health risks, it's likely that government agencies will review this evidence and come to a decision about whether their use needs to be limited.

Phthalates are a group of chemicals that are being extensively studied, and there are already EU-wide regulatory controls on their use.

For example, there is a ban on using six phthalates, including BBzP and DnBP, in toys and products for children under the age of three. BBzP and DnBP are also banned in cosmetics in the EU.

The UK Food Standards Agency also says there has been a move away from using phthalates in some food packaging in Europe, and has assessed the levels of phthalates in food and the associated potential risks.