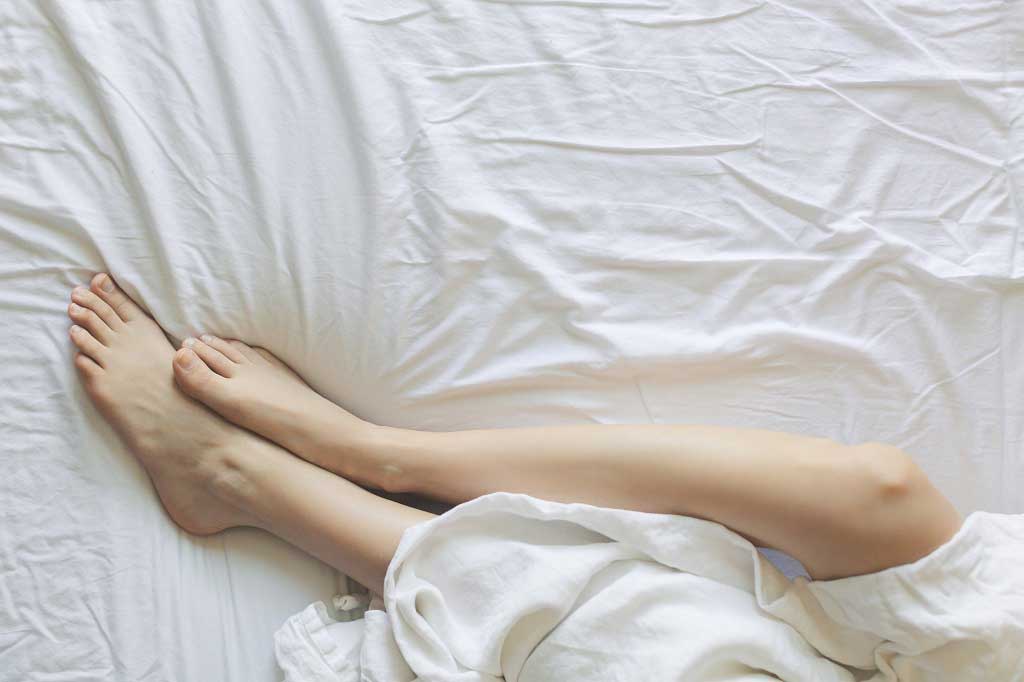 "Leg fat 'better than belly fat' for older women," reports BBC News. Researchers looked at the body composition of 2,683 women in the US who were ...

Researchers looked at the body composition of 2,683 women in the US who were a healthy weight and had been through the menopause.

Because of the nature of the study, we cannot be sure that body fat distribution directly caused the differences in risk of having a heart attack and stroke.

But previous studies have found people who are "apple-shaped" with more central body fat have a higher risk of cardiovascular disease than those who are "pear-shaped".

Scientists think this may be because fat on the legs is a harmless way of storing energy, while fat around the abdominal organs may affect metabolism and put people at risk of diabetes.

Interestingly, the study did not find that overall body fat affected women's risk of heart attack or stroke.

The study found body fat only made a difference to the results depending on where it was stored.

Many women find hormone changes during and after the menopause can affect where their body stores fat.

But as the researchers say, we do not know whether there are specific diets or exercises that can help retain leg fat while reducing fat around the trunk.

Until we know more, the best advice is to have a healthy, balanced diet and get plenty of exercise.

It was funded by the US National Institutes for Health and published in the peer-reviewed European Heart Journal on an open access basis, so the study is free to read online.

The BBC News article gave a comprehensive and accurate account of the study, although it did not point out that the type of study (observational) cannot prove that body fat storage caused raised cardiovascular risk.

This was a cohort study, using information from the long-running Women's Health Initiative study in the US.

The researchers wanted to see if body fat composition in different areas of the body, measured by dual-energy X-ray absorptiometry (DEXA) scan, was linked to chances of having cardiovascular disease.

This type of study is good for spotting links between risk factors and disease, but cannot prove that one causes the other.

The researchers used information collected during the Women's Health Initiative study, which recruited postmenopausal women from the general US population from 1993 to 1998.

For this analysis, researchers included women who had a healthy body mass index (BMI) of 18.5 to 24.9 kg/m2 (who were not underweight, overweight or obese) at the study start, did not have cardiovascular disease, and had their body fat analysed by DEXA scan on their trunk (upper body) and legs.

They followed the women up at least once a year until February 2017 to see if they'd been diagnosed with or died from cardiovascular disease.

This included heart disease and stroke, or death from heart attack or stroke.

All outcomes were verified by medical records.

The researchers looked mainly at women's overall body fat percentage and their percentage of trunk fat and leg fat.

They calculated how the risk of cardiovascular disease compared between women with the highest and lowest body fat percentage in each of these body areas.

The researchers looked at how the results correlated with BMI, waist circumference, hip-waist ratio and lean mass.

They also took account of a number of potential confounding factors:

During an average 18 years of follow-up, there were 291 cases of cardiovascular disease among the 2,683 women in the study.

The researchers said: "Normal BMI postmenopausal women who have higher trunk fat or lower leg fat are at elevated risk of CVD.

"These findings highlight the importance of fat distribution beyond overall fat mass in the development of CVD."

In an interview with BBC News, one of the investigators said that women past the menopause should be encouraged to reduce their trunk fat, but acknowledged: "It is unknown whether there might be some particular diet or exercise which can help relocate fat."

This study adds more evidence to the theory that carrying fat on your trunk is more harmful than carrying it on your thighs: that being "pear-shaped" is healthier than being "apple-shaped".

We already know that being overweight or obese increases the chances of having cardiovascular disease.

What's interesting about this study is that the women were all normal weight, which suggests that where fat is carried on the body is important, even if you're not overweight.

The study has some limitations. We cannot be sure that body fat distribution is the cause of the difference in cardiovascular disease risk because it's an observational study.

Though the researchers adjusted for various factors that may be influencing the links, other factors might be involved.

For example, the researchers found women with more leg fat and less central fat were less likely to have diabetes, which was not adjusted for in the analysis.

This may be relevant given that research has indicated that central body fat may be linked to poorer cardiovascular health because of its association with the risk of diabetes.

The study included mostly white postmenopausal women, so we do not know whether the results would apply to men, younger women or other ethnic groups.

Keeping healthy during and after the menopause means following a healthy, balanced diet and taking plenty of exercise.

As we do not know whether there are specific diets or exercises that can help retain leg fat while reducing fat around the trunk, the best advice is to continue eating a balanced diet and staying active.