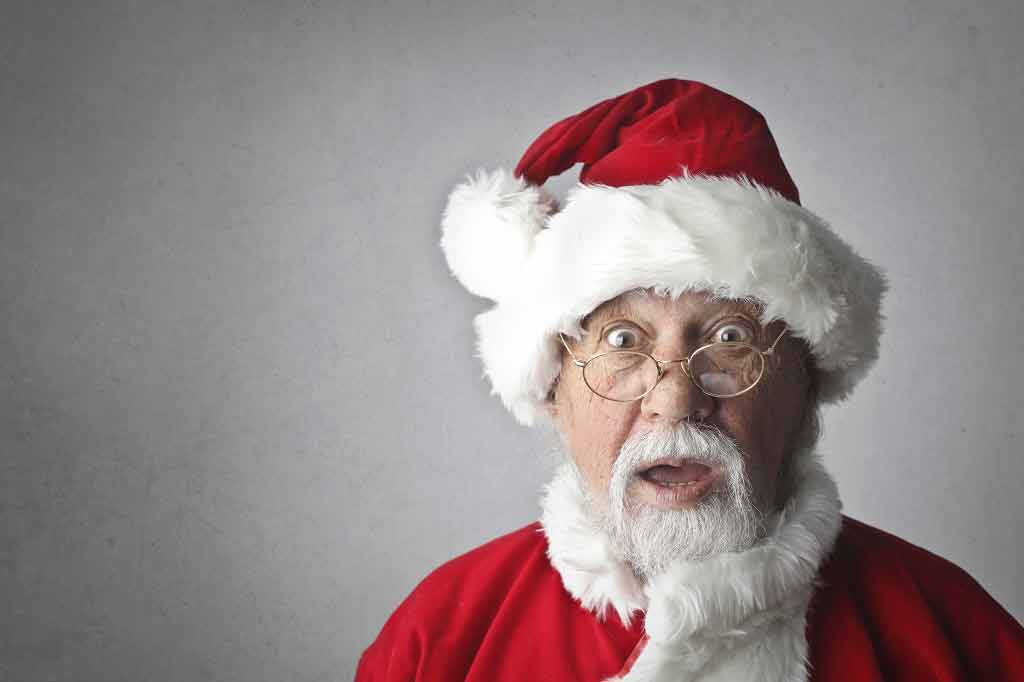 "Christmas and New Year are bad for your cholesterol: Levels are 20% higher after the festive period," reports the Mail Online.

Like the British, the Danes celebrate Christmas with feasts of rich food. Danish Christmas food includes roast pork, sugar-glazed potatoes and desserts with whipped cream. Danes are also likely to spend much of the Christmas period inside with friends and family (enjoying "hygge" which roughly translates as "inside cosiness"), because the weather is usually cold and wet outside.

The researchers suggest that high cholesterol following Christmas festivities could be temporary, with New Year diets and fitness regimes bringing levels back down again. They suggest people should not be diagnosed with high cholesterol in December or January without having their levels re-tested a few months later.

Persistent high cholesterol levels are a concern as they can increase risk of heart disease.

Read more advice about how to lower your cholesterol.

The study was reported with reasonable accuracy in the Mail Online and The Times. The Times said high cholesterol in January "might not be cause to worry" – although anyone told their cholesterol is high should take it seriously, with a second test if necessary, to confirm the result.

The Mail Online describes high cholesterol as "when fatty deposits build up in the blood vessels" – which is actually a description of atherosclerosis which can be a long-term complication of untreated high cholesterol.

High cholesterol, as health professionals define it, just means you have a level of cholesterol in your bloodstream above recommended levels.

This was a cohort study, in which a large group of people were asked to have health checks, including blood cholesterol measurements.

Researchers in Denmark invited people to have a health check which included a questionnaire, physical examination and blood tests. They randomly selected people to get a representative sample of the population. For this study, they used results from 25,764 Danes aged 20 to 100, tested between April 2014 and November 2017, who were not on cholesterol-lowering drugs such as statins.

They also did separate calculations for the 11,055 people who had repeated measurements of cholesterol in 2004 to 2007 and 2014 to 2017, 10 years apart. The researchers also looked at numbers of first heart attacks according to time of the year, to see if these related to cholesterol levels.

This meant people tested in the first week of January were 6 times as likely to be classified as having high cholesterol as those tested at other times of the year (odds ratio 6.0, 95% confidence interval (CI) 4.2 to 8.5).

Looking at repeated measurements, researchers found that individuals' January total cholesterol levels were on average 0.7mmol/L higher than their measurements taken at other times of the year (LDL 0.5mmol/L higher).

There was no seasonal pattern in the numbers of first heart attacks.

The researchers said the seasonal variations in cholesterol "could be explained by intake of the high-fat diet traditionally consumed during Danish Christmas season, spanning all of December until and including New Year's Eve". They question the importance of this seasonal increase in cholesterol, pointing out that they saw no seasonal variation in heart attacks.

They add: "Physicians should take these results into consideration when diagnosing hypercholesterolemia [high cholesterol] during December and January, and if the test has been done immediately following Christmas, consider the possibility of re-testing the patient some months later."

It is perhaps not a surprise that eating large quantities of rich food can raise our cholesterol levels at Christmas. The more pertinent question is whether this matters in the long-term? But because of the nature of the study, that's not an easy question to answer.

There are other limitations to the study.

More generally, the people studied were white people of Danish descent, so the results may not be applicable to populations with different ethnic backgrounds.

The study shows that the average levels of cholesterol were high year-round, with a slight increase in January. While any increase could be important, seasonal variation may not be as important as focusing on year-round levels. From that point of view, it may make sense to repeat high readings taken in January to see if they are a temporary effect of Christmas feasting, before a person starts taking cholesterol-lowering treatment for life.

For most of us, there are ways to keep cholesterol levels healthy without taking medicine. A healthy, balanced diet, plenty of exercise and not smoking can all help. Find out more about high cholesterol and things you can do to lower it.