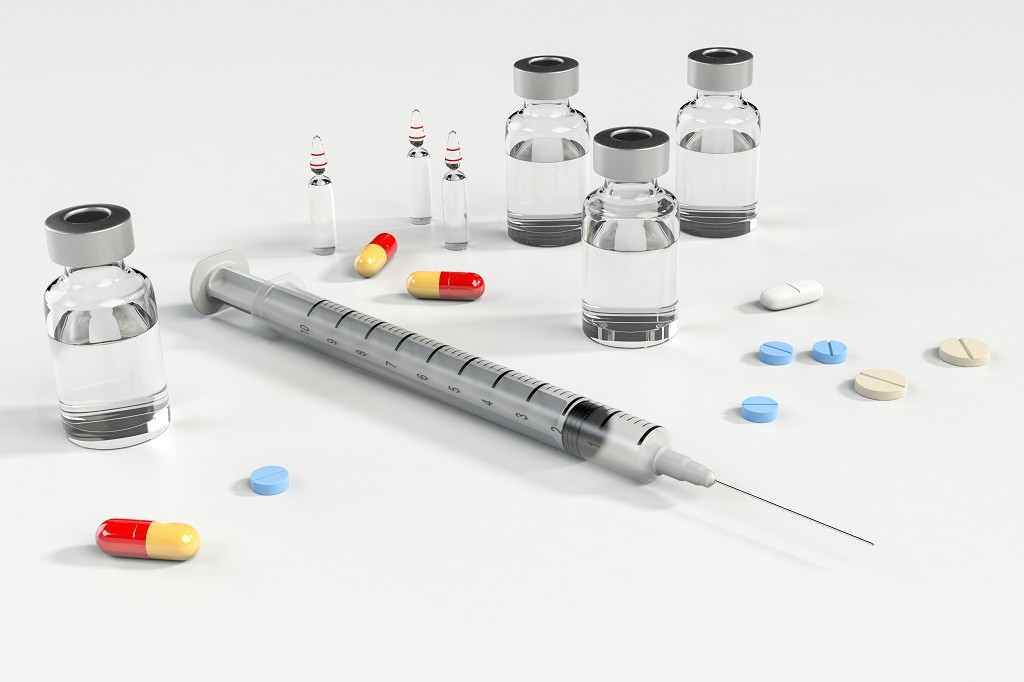 "Scientists say they have made a significant leap towards creating a vaccine that would protect against every form of flu," is the exciting news on the BBC website. It goes on to say that researchers have identified immune cells that…

"Scientists say they have made a significant leap towards creating a vaccine that would protect against every form of flu," is the exciting news on the BBC website. It goes on to say that researchers have identified immune cells that recognise the 'core' of the flu virus.

The proteins that sit on the outer surface of the flu virus are constantly changing. This makes it hard for our immune systems to recognise and defeat new strains. It is also the main difficulty in designing a single vaccine against all strains of flu.

A new study found that one type of immune system cell, called CD8+ T-cells, could recognise some of the proteins in the swine flu strain that are the same across different flu viruses. These proteins are contained in the ‘core’ of the flu virus, as opposed to the proteins in the outer ‘shell’ of the virus, which are subject to change, leading to new strains.

People who had more of these CD8+ T-cells were not less likely to catch swine flu but, if they did catch it, their symptoms were less severe.

This finding is important, as a vaccine that provokes a strong and lasting CD8+ T-cell response against proteins shared by different flu virus strains could be the key to a universal flu virus vaccine.

The study was carried out by researchers from Imperial College London and other research centres in the UK. The authors were supported by various sources, including Imperial College National Health Service Healthcare Trust, the Medical Research Council, the Wellcome Trust and the National Institute of Health Research. The study was published in the peer-reviewed journal Nature Medicine.

The findings and implications of the study were generally well reported by the British media.

This was a prospective cohort study that looked at the human immune response to the flu virus.

The flu virus is constantly changing slightly, which makes it hard for our immune systems to recognise and defeat new strains, and also difficult to design a single vaccine against all strains.

There is evidence to suggest that people who have had previous seasonal flu infections may be slightly less likely to get newly emerged pandemic flu strains. However, it is not known how the immune system is able to recognise a different subtype of the virus, and this is what the researchers wanted to investigate.

In other animal species, a particular group of immune system cells called CD8+ T-cells are responsible for conveying this immunity to different subtypes. They are able to do this by recognising viral proteins that are the same across different subtypes (described as 'conserved'). However, whether these cells can do the same in humans has not been confirmed. To study this, researchers took advantage of the 2009 "swine flu" pandemic to study people’s immune response to this newly emerged flu virus, and whether previous flu infections would reduce their chances of catching swine flu. The swine flu (pH1N1) virus, a strain of the flu virus that developed in pigs – led to a global pandemic in 2009 to 2011.

The researchers recruited 342 healthy adults after the first wave of the 2009 flu pandemic. These people did not have specific antibodies against the pH1N1 flu strain. In laboratory tests they looked at the response of their immune system (including CD8+ T-cells) to the pH1N1 virus and to conserved flu virus proteins that are the same across different subtypes of the virus. They monitored the individuals to see if they developed symptoms of flu and the severity of their symptoms. Finally, they looked at whether their chances of developing flu and severity of symptoms were related to their initial immune responses to the virus, and how much "cross-subtype" or "cross-reactive" immune response they had (immune responses against the proteins that are conserved across different strains of the flu virus).

The swine flu pandemic was present in the UK in two flu seasons: 2009–2010 (in two waves, April to August, and then September to April) and 2010–2011 (August to April). Healthy adult staff and students from Imperial College London were invited to participate in the study after the first wave of the pandemic. Those who had been vaccinated against flu or were likely to be offered the pandemic vaccine were not eligible. They had blood samples taken at the start and end of each flu season. These blood samples were used in tests of their immune response to pH1N1.

They filled in a web-based questionnaire about whether they had flu symptoms (sore throat, cough, headache, muscle aches and fever) every three weeks.

If they had these flu symptoms, they rated each as mild (not interfering with normal daily activities) or severe (affecting normal daily activities or requiring medical attention). They were also instructed to record their temperature and take nasal swabs using the packs provided, and return them to the researchers. The researchers used these samples to confirm infection with pH1N1. Individuals with either antibodies to pH1N1 or with the virus detected in their nasal swabs were considered to have been infected with the virus.

During their study the researchers found that 51 people who had no specific antibodies to the pH1N1 virus at the start of the study developed a pH1N1 infection. Of these people, 43 (average age 34.5 years) could be analysed as they had complete data on their symptoms and also blood samples from the start of the study.

All of these individuals had some “cross-reactive” T-cells that recognised “conserved” flu proteins in pH1N1 at the start of the study. The presence of these T-cells did not appear to be related to a person’s chances of being infected with pH1N1.

However, the more of these cross-reactive T-cells individuals had at the start of the study, the less severe their flu symptoms were when they became infected.

When they looked specifically at CD8+ T-cells, they again found that the more cross-reactive CD8+ T-cells individuals had at the start of the study, the less severe their flu symptoms were when they became infected.

The researchers concluded that, in the absence of antibodies against a specific circulating flu subtype, the presence of CD8+ T-cells that recognise conserved viral proteins is associated with cross-protection against symptomatic flu. They say that this finding could guide development of a universal flu vaccine.

This research has identified that CD8+ T-cells are linked with protection against different strains of influenza. They are also linked with reduced severity of flu.

The authors note that current vaccines that use inactivated forms of the flu virus protect against specific strains, and do not induce a strong maintained T-cell response. They suggest that, in light of their findings, this may be the reason why they produce limited protection across different subtypes of influenza virus. They say that further testing is needed to see if the live vaccines being used are better at producing cross-subtype protection, and if they do this via CD8+ T-cells.

The study does have some limitations, such as its relatively small size, and the fact that results may not apply to less healthy or older adults, who are most at risk from flu infection. However, these findings provide an important starting point for further investigation of these populations.

Developing a universal flu vaccine has been a long-term goal of the flu vaccine industry, but it has been difficult to achieve because not enough has been understood about cross-strain immunity. The current findings suggest that vaccines that are capable of inducing a lasting CD8+ T-cell response could offer wider protection.

Overall, this study provides useful insight into how a universal flu vaccine might work, and how to measure whether it might work.