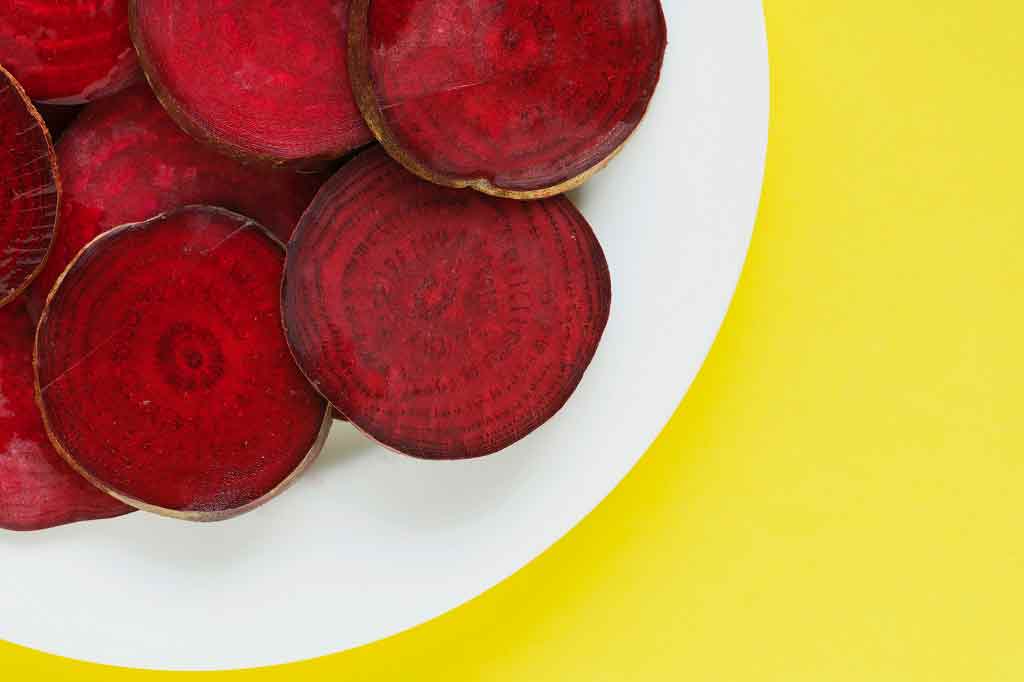 "Beetroot 'can lower blood pressure'," BBC News confidently reports. But the truth about whether beetroot can really lower your blood pressure is a little more unclear than the headlines suggest. The news comes from…

"Beetroot 'can lower blood pressure'," BBC News confidently reports. But the truth about whether beetroot can really lower your blood pressure is a little more unclear than the headlines suggest. The news comes from a study looking at the effect of nitrates on blood pressure in rats and a very small trial in people with high blood pressure.

Nitrates are molecules that occur in some foods, particularly in beetroot. Previous studies have suggested that nitrates can widen the blood vessels, which can lead to a drop in blood pressure. This study found that people who drank about one glass of beetroot juice (or rats given a dose of nitrate) had a short-term reduction in blood pressure.

The researchers argue that the use of beetroot juice, or other nitrate-rich foods, could be a useful extra treatment option for people with high blood pressure.

Despite the interesting findings, the study has some significant limitations:

Larger studies assessing the long-term effects of beetroot juice on high blood pressure and its complications are needed before it can be recommended as a way of lowering blood pressure.

The study was carried out by researchers from the William Harvey Research Institute at Barts and The London School of Medicine and Dentistry, Queen Mary University of London, the University of Exeter Medical School, and Kings College London, all in the UK.

It was funded by the British Heart Foundation and was published in the peer-reviewed medical journal Hypertension.

Two of the study's authors disclose a potential conflict of interest as directors of HeartBeet Limited, which appears to be a company that sells beetroot juice and is listed at the same address as the firm that supplied the beetroot juice used in the study.

The headlines in the UK media proclaiming that beetroot "can lower blood pressure" are premature. It would be more accurate, if less sexy, to qualify this by adding "in the very short term". This research did not look at the effect of nitrate on blood pressure for longer than a 24-hour period and we don't know enough about its lasting effects.

A randomised crossover trial is a type of study where people receive all of the treatments and are tested in a random order. This is an appropriate study design for looking at this type of research question. It means that people receive one treatment, the effect is measured, and they then 'cross over' into the other treatment group, where the effect of the second treatment (or control) is also measured.

For the second part of their investigations, the researchers recruited eight women and seven men who were identified as having high blood pressure (hypertension) at a screening procedure a month before the study began. These participants were not taking any blood pressure medication.

The average age of participants was 52.9 years and they were all considered to have grade 1 hypertension, with readings of:

Participants were randomly assigned to drink either 250ml of beetroot juice (supplied by a firm at the same address as the company that two of the authors are directors of), considered the experimental group, or 250ml of water (containing a small amount of nitrate), which acted as the control group. In order to elevate levels of nitrite, the participants having the beetroot juice were said to have received a dose of 3.5mmol nitrate that caused a 1.5-fold increase of plasma [nitrate].

The researchers said that beetroot juice was well tolerated by the people who were given it in terms of side effects.

The main results of this study were:

The researchers conclude that dietary intake of nitrate in the form of beetroot juice at an easily achievable dose sufficiently reduces blood pressure among people and animals with high blood pressure.

The researchers say that, "Given that approximately 50% of treated hypertensive subjects fail to achieve their target blood pressure, an additional strategy based on intake of nitrate-rich vegetables may prove to be cost-effective, safe and favourable for public health."

The lead researcher, Amrita Ahluwalia, who is professor of vascular pharmacology at Barts and The London School of Medicine and Dentistry, is reported as saying: "We were surprised by how little nitrate was needed to see such a large effect. Our hope is that increasing one's intake of vegetables with a high dietary nitrate content, such as green leafy vegetables or beetroot, might be a lifestyle approach that one could easily employ to improve cardiovascular health."

Few conclusions about the possible benefits of drinking beetroot juice can be drawn from this very small study.

Larger studies, ideally in the form of a randomised controlled trial (RCT), are required to see if beetroot juice (or other forms of dietary nitrate intake) is both effective and safe in the long term.

The same research team published very similar results in 2010, and it is surprising that such studies have not been carried out yet.

There are currently no reported health risks associated with daily beetroot juice consumption (although it does turn your urine pink), but it may not be a suitable drink for everyone.

Well-established methods of reducing your blood pressure risk include: